In addition to his December 3 appearance on the Late Late Show with Craig Ferguson, Ewan McGregor is also scheduled to be a guest on The Ellen DeGeneres Show on Thursday, December 2.

World exclusive interview (via JMMB) with James McAvoy and his co-star Emily Blunt.

David Tennant on the set of ‘United’ 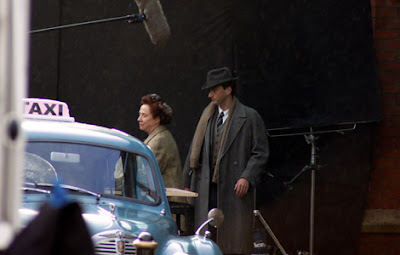 David Tennant has been in Tynemouth, North Tyneside shooting scenes for United:

Surprised passengers and TV fans coming out of Tynemouth station were stunned to see cameras pinpointed on David, wrapped in a 1950s style camel coat, and stood beside an old-fashioned car.

IT engineer Barry Ward, from Sunderland, was among the starstruck onlookers.

The 27-year-old said: “I asked a security man and was told they were filming the return of Bobby Charlton but I could only see David and a female actor. They got off a train, came out the station and were then getting into the car and I could hear David’s broad Scottish accent.

“I know he’s from Scotland anyway but when you heard him speak he had a very exaggerated accent.

“There were quite a lot of amused faces when people came out and saw Doctor Who was in town.” [Sunday Sun]

United will air on BBC Two sometime next year in the UK and will reportedly get a theatrical release internationally. 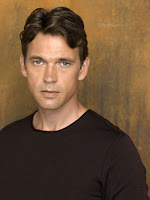 According to The Guardian, Dougray Scott, who celebrated his 45th birthday this week, will be joining David Tennant in BBC2’s United. Dougray has been cast in the lead role as Sir Matt Busby, and shooting reportedly started yesterday. 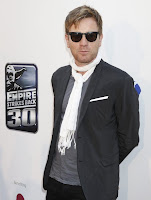 Ewan McGregor was unable to attend Monday’s Cinema Society’s I Love You Phillip Morris screening. The New York Post reports that he was “trapped in a monsoon in Thailand while shooting” The Impossible. His co-star Jim Carrey was able to attend the screening along with the real-life Phillip Morris.