This week in Scottish Entertainment / Actor News, John Barrowman talks about the Desparate Housewives, Craig Ferguson wins a Peabody award and talks about dragons, Kevin McKidd and James McAvoy both have new interviews and Henry Ian Cusick marks his return to Lost with some new promo photos. Saba has all the details:

Recently, John did an interview with Access Hollywood from the set of Desperate Housewives. He didn’t reveal much about the upcoming episodes, but he did talk about working on the show. The interview is below.

Craig’s new How To Train Your Dragon interview with Made in Hollywood is posted below.

You can also head on over to Youtube to watch Craig’s interview with WISN 12 Milwaukee. I can’t embed it unfortunately.

New Lost season 6 promotional photos of Henry Ian Cusick have been released. The photos come courtesy of Cusickgallery.net, and thanks so much to Kathy for pointing these out to us. 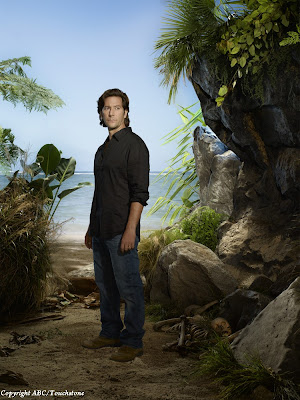 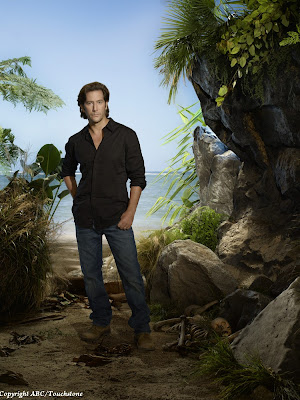 There’s also a new interview James did with Time Out Sydney (via JMMB) to promote The Last Station which opens on April 1 in Australia. Below is an excerpt from the interview.

Your wife [Anne-Marie Duff] is in the film too. You must be excited to have a baby on the way.
Very excited! All the usual nerves, but we’re very excited.

You’ve just completed The Conspirator. How was it being directed by Robert Redford?
The weirdest thing about Robert is that he forces you to call him ‘Bob’. It’s a bit like calling Prince Charles ‘Chuck’.

Rumours are rife on the internet that you’ve been cast in The Hobbit. Are you Bilbo Baggins?
No, I’m not. I can tell you that for a fact. [Nick Dent]

Another interview with the Sydney Morning Herald:

McAvoy had been keen on the role for years, sticking with the project even as his own profile was raised significantly through not only The Last King of Scotland (2006) and Wanted (2008) but also Atonement (2007) and Becoming Jane (2007).

”It was one of those things that when the film finally came back and they said they had an opportunity to get it off the ground again, a lot of people expected me to say, ‘No thanks, I’ve moved on in my career and I’m doing better now,”’ McAvoy recalls. ”But there was no reason not to do it – it was a brilliant script and you shouldn’t turn your back on good work.”

The work, adapted from a novel by Jay Parini, relies on the diaries kept by those who orbited Tolstoy.

”A lot of people might think that the high-strung portrayal of that household might be over the top or even made up but it really was like that,” McAvoy says. ”It might not have been as funny as we portray it sometimes but it all went down like that. My character kept multiple diaries, so you could find an entry that reflected how your character felt in relation to a scene in the film.

”You knew that he wrote that down that very evening, just hours after the event.”

The interview (via Kevin McKidd Online) is below.

Craig Ferguson was among the winners of the 69th Annual Peabody Awards. The winners were announced last week for 2009 at the University of Georgia’s Grady College of Journalism and Mass Communication. The prize is handed out for achievement in electronic media (including broadcast, cablecast, radio, and webcast programming). The reason for The Late Late Show with Craig Ferguson‘s win was included:

Craig spoke to Entertainment Weekly‘s Ken Tucker about his win:

“I didn’t know I’d been nominated,” Ferguson told me today…Ferguson said he was “humbled, which is why I had to have an alligator puppet announce it on the show instead of me. It seemed more seemly that way.”

Ferguson won for his Late Late Show interview with Archbishop Desmond Tutu. “I suppose when you have someone who’s as thoughtful and life-changing as Bishop Tutu on, it increases your chances more than if I’d interviewed, say, Mark Harmon, as lovely a man as Mark Harmon is,” he said. “But I’m very mindful of the fact that the next night, my guest was Paris Hilton. You have to keep these things in perspective.”