If you’re a big fan of Danny Boyle, then you’ll know that a Trainspotting sequel has been on the cards for a while. He’s certainly talked it up in interviews saying that he really wanted to do it. But now in another interview, he has confirmed that the film is going ahead, with the original cast and writer behind it.

Boyle confirms that the original cast are on board and keen to get going. Robert Carlyle was quoted elsewhere saying he would do it “tomorrow for nothing” and even Ewan McGregor who was more skeptical, saying a sequel would be a “terrible shame”, is reportedly on for it.

Read more at We Got This Covered

Ewan McGregor rumored for ‘The Man from U.N.C.L.E.’ 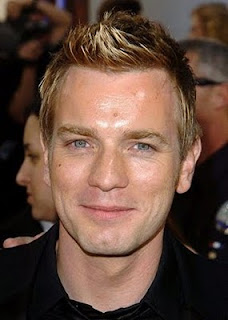 A few days ago, Film Stage brought the news that Ryan Gosling, Alexander Skarsgård, and Joseph Gordon-Levitt were of interest to Warner Bros. when it comes to Steven Soderbergh‘s The Man from U.N.C.L.E. It seems as if the casting process has gone an extra step, with word now coming in on actors that might replace the departed George Clooney, as well as more contenders for the Russian spy Illya Kuryakin.

ThePlaylist managed to snag some details on who’s catching the attention of the studio and the director — and, boy, it’s a pretty wide-ranging list. (Granted, most of them are white men between 30 and 40, but they’re from all over the map.) One big name is Michael Fassbender, who recently worked with Soderbergh on the forthcoming Haywire; he’s in contention for the lead role of Napoleon Solo. Another actor from that film, Ewan McGregor, is also in the mix, but as Kuryakin — the same part the three previously mentioned thespians are being considered for.

Read more at The Film Stage

Last week Kelly Macdonald (Monday) and Gerard Butler (Friday) stopped by the Late Late Show with Craig Ferguson. Kelly and Craig talked a lot about Glasgow and even share their experiences working at Ubiquitous Chip. Not sure how well that went down with the American audience. 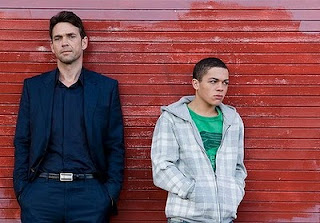 It is a good thing Father’s Day has come and gone because this is not what you would call a ‘heart-warming’ story about a boy and his dad. As a young man, Michael (Dougray Scott) was a violent thug who led a crime ring on a Manchester estate. Ill-gotten gains paid for the good life until an enemy murdered Michael’s wife, sparing his son, Sean (Reece Noi). Flash forward and Michael is living the quiet life in Ireland with a new wife and a baby on the way, while 15-year-old Sean, in the care of Connie, his late mother’s sister (a great performance by Sophie Okonedo), finds himself a suspect in a murder case. Still notorious, Michael returns to discover his violent legacy continues and old enemies never die. Created by the team behind Wallander and The Queen, this is a superbly plotted, four-part thriller with an outstanding cast.

The miniseries debuted on Australia’s ABC2 on 19 September

Read more at Sydney Morning Herald and The Australian 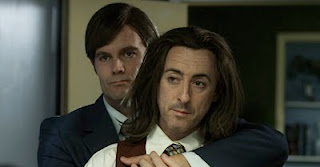 The film completed principal photography in Los Angeles and is in post-production. Produced by Kristine Hostetter Fine and Chip Hourihan, the film is produced by Anne O’Shea and Maxine Makover.

Set in the 1970s and inspired by a true story, the film chronicles a gay couple who take in a teenage boy with Down Syndrome who has been abandoned by his drug addicted mother. As the teen discovers the strong bonds of family for the first time in his life, disapproving authorities step in to tear the boy from the stable environment he has known. As the gay men fight to adopt this special needs child, they wage a battle against a system stacked against them.

“I’m a fan of the gritty, character-driven dramas that were made during the 1970’s. Any Day Now offers me an opportunity to revisit that time period cinematically, address social issues that are just as relevant today as they were 35 years ago and explore characters who discover love in the most unlikely of places,” said Fine.

Set in 1979 and based upon a script written over 30 years ago by George Arthur Bloom, the film explores a wide canvas of issues that are l relevant today from caring for special needs children to gay adoption and equality.

The film is executive-produced by Wayne Smith & Dan Skahan, a gay couple who have fostered more than 30 children and spent ten years fighting the Florida ban on gay adoption. 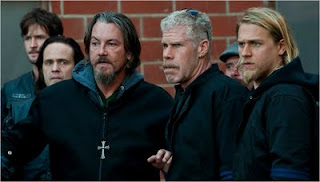 Premiering on FX (September 6th) was the fourth season of the network’s hit motorcycle-gang series Sons of Anarchy. Season 3, which is currently available on DVD and Blu-ray, saw the boys from SAMCRO slapped with a 14 month jail sentence that will just be ending as the new season begins, while Jax (Charlie Hunnam) and his buddies will find out that a lot has changed in their home town of Charming since they went away over a year ago.

IAR’s managing editor Jami Philbrick recently had a chance to attend the Boot Rally Motorcycle Drive, a 65 mile motorcycle ride through the streets of Los Angeles benefiting active military members and veterans returning home, that several members of the cast of Sons of Anarchy participated in. While there, he had an opportunity to speak with SOA stars Katey Sagal (Gemma Teller Marrow), Kim Coates (Alex “Tig” Trager), Theo Rossi (Juan-Carlos “Juice” Ortiz), and Tommy Flanagan (Filip “Chibs” Telford) about the show, their characters, and what fans can expect from the upcoming new season.

To watch what Katey Sagal, Kim Coates, Theo Rossi, and Tommy Flanagan had to say about Season 4 of Sons of Anarchy, please click on the video player above.

SYNOPSIS:
Sons of Anarchy is the story of the Teller-Marrow family of Charming, California, as well as the other members of Sons of Anarchy Motorcycle Club, Redwood Original (SAMCRO), their families, various Charming townspeople, and the rivals and associates who undermine or support SAMCRO’s legal and illegal enterprises.

Source: I Am Rogue 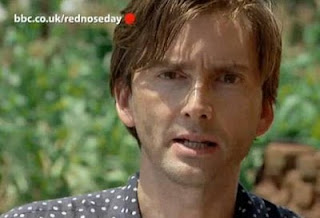 Radio 4 production of Life and Fate released next month
Radio 4′s ambitious eight-hour dramatisation of Vasily Grossman’s Life and Fate will be available as a digital download from October 10th.
The production features an all-star cast including Kenneth Branagh, David Tennant, Greta Scacchi, Janet Suzman, Kenneth Cranham, Eleanor Bron, Harriet Walter and Philip Madoc.
This powerful work, completed in 1960, charts the fate of both a nation and a family in the turmoil of war.
Its comparison of Stalinism with Nazism was considered by Soviet authorities to be so dangerous that the KGB placed the manuscript under arrest and Grossman was informed his book would not be published for at least 200 years.
Having been a household name as one of Russia’s most distinguished war correspondents, Grossman died aged 58 – the banning of his book hastening the end of his life – and he would never know the fate of his masterpiece: smuggled out of the Soviet Union on microfilm, to freedom and eventual publication in the West.
The production is available exclusively as an download and can be ordered via audiogo.co.uk
Source: Seen It

In the meantime, Life and Fate episodic downloads are available at Anglotopia

David Tennant’s undies charity hit as they fetch £252
A pair of boxer shorts signed by David Tennant and the rest of the West End cast of Much Ado About Nothing was sold for £252 on 24 September. The underwear had to be withdrawn from auction previously after they were found not to include the former Doctor Who’s signature. They were among other undies put up for auction on eBay to raise money for the Make A Difference foundation.
The charity raises funds to support people living with HIV and AIDS, and those in the entertainment industry facing hardship as a result of long-term medical conditions.
After Bathgate-born Tennant put pen to pants, 41 bids were lodged. Other actors who signed their own pair of briefs included Matt Lucas, Rupert Everett, Richard Blackwood, Kara Tointon and Natalie Casey.
Steven Inman, director of the Make A Difference Trust, said: “This is a novel and fun way to raise money for good causes and we are fortunate to have the support of so many big names backing the Pants Project and its aims to help sick people in hardship.
“The pants are destined to become must-have mementos and are sure to attract a lot of interest from fans.”
Source: Daily Record 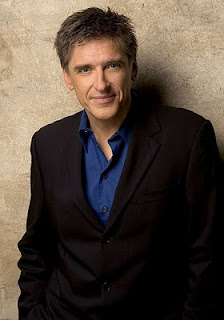