So here we are with the second of my series of posts getting some of the artists that did interviews for us to tell me their albums of 2010. Our artists taking part this week include A Band Called Quinn, Burnt Island, Come on Gang!, RM Hubbert and The Last Battle.

We’ve got quite an eclectic mix of albums here, a lot of which I haven’t heard yet and some albums I love. A big shout out to the Last Battle for having all of the band choosing their album of the year. Top marks, however go out to Mikey from Come on Gang! for his ‘novel’-like response…. “I found this quite difficult because I’ve been so busy recording & releasing The Beggar’s Opera album this year I’ve just been hearing tracks here & there & not really taking the time to get into albums. I liked what I’ve heard from The Arcade Fire, Caribou and Robyn albums. I was gonna say The Sexual Objects album Cucumber ’cause I think that is amazing & it’s probably the closest I’ve came to listening to & getting into a whole album that’s been released this year but I think I’ll go for Sex, Dreams & Denim Jeans by Uffie. The album is a bit patchy but the title track & Illusion Of Love have been going round my head since I heard them. It’s a bit of a hipster album with appearances from Pharrell Williams and Matt Safer from The rapture and producers including Mr Oizo & Mirwais. I really like the production. I like that she sings that she’s not an artist & she can’t sing and is the least working girl in showbusiness. It’s cheeky, honest, wonky & fresh”

“Epic but not contrived. Honest and simple without being over sentimental. Beautiful and brutal. REALLY FUCKING LOUD”.

“There’s loads of stuff I’ve loved this year, especially records by The Phantom Band and The National, but at the moment I’m listening pretty solidly to The Walkmen. I got into them around the time of the first couple of records then lost track until I took a chance on the new album, Lisbon, a few weeks ago, then went backwards to the earlier albums again. I love the singer’s raspy, angry voice, the weird tough sound of the guitars and the strange humming keyboards that so many of their songs have, also the way these use haunting brass sections in really simple arrangements that make the tunes sound like dark little lullabies. Songs like ‘While I Shovel the Snow’ and ‘Stranded’ are just ideal for winter in Glasgow, walking around, watching your breath in the air and shivering. In these grim old times, The Walkmen suit my mood perfectly”.

After a few days, I could deny it no longer. Shouting At Wildlife by Kid Canaveral is my favourite album of 2010, by a country mile. Here’s why.

As I moaned to Aye Tunes only yesterday, I really only get excited about albums. Sure I buy the odd EP and single (if they’re available in nice hard copies), but these formats have never been able to stand up to the scope and breadth that a good album has. I’ve always loved albums and genuinely miss the days when I would join the queue outside the local record shop to buy that month’s ‘big album’ as soon as it hit the shelves. The sense of occasion and apprehension, promise and anticipation are things which I associate with the release of an album I want and, thanks to having been friends with Kid Canaveral for years now, all of these often absent attributes were in place on the build-up to their release.

Of course David momentarily spoiled all that by sending me a promo copy, but it was just a wee taster of what was to come, so I forgave him. Unlike most releases, I was fortunate enough to have literally waited years for this album, and that made the payload all the sweeter. The first time I saw ‘The Kids’ was when both them and my own band were put together on a Rubix bill at Henry’s (along with Woodenbox if I remember correctly?). We made friends right away. Listening to their range of tunes and never-ending stock pile of potential singles really made me start to focus on what my own band was about at the time. We’d already written some good songs, but the idea of releasing them and having ‘singles’ hadn’t crossed our minds for a second. Then David started talking about working towards their debut album, and I shat it basically.

Anyway, fast forward two and half years and eventually a copy of Shouting At Wildlife drops into my inbox. No artwork on the promo so I make do with scanning the track listing instead. Good Morning? Tick. You Only Went Out To Get Drunk Last Night? Tick. Smash Hits? Tick. Couldn’t Dance? Tick. Fuck me this was going to be great! A few entirely new songs, but it was reassuring to see they hadn’t dismissed some cracking older songs for being, well, old. Sticking the album in and hitting play, I really wasn’t sure what to expect. I know David’s a bit of a perfectionist and treats albums with the same kind of sanctitude I do, so I was actually quite nervous. We had been recording our album at roughly the same time too, so part of me was shitting it I’d want to go back to the drawing board after hearing Kid Canaveral’s effort.

To say I was pleasantly surprised is a monumental understatement. The album flows perfectly and is restrained in the all right places. Any fat was stripped off in favour of a confident and actually quite ballsy sound. I hate when albums (usually the 2nd or 3rd in a band’s career) are described as ‘mature’, but that is definitely a word that came to mind. I was dreading that the album would be twee and lightweight, as lazy journos had often used the ‘T’ word to describe our heroes, but what I got was a record with a layered and considered sound, something timeless and crisp. It was so refreshing to hear David and Kate’s superb lyrics get the clarity and backdrop they deserved, and that made them shine for the lovelorn tinged words they are.

Shouting At Wildlife is obviously a debut album, in all the right ways. The collection of songs have earned their place on the record, having been whittled down from dozens, and the lyrics seem to come from a wisdom that too is earned – though through life’s obligatory harsh lessons. Like all good debuts, this is songwriting at its most honest and earnest. The reprise finished and I hit play again. David asked me what I thought of it. Where to start? To me, Shouting at Wildlife sounds like a very particular part of a very particular night out. You know those nights when it’s such a big one that a little bit of drama’s almost inevitable? You maybe have a wee argument with your mates and, to spite them, stumble off in the direction of a house party you heard rumour of. When you get there a text arrives from your mate or girlfriend telling you what a fuck you are, but you don’t care ‘cos you’re hammered and you’ve just met a bunch of new friends. What happens next, when you stay up until the small hours drunkenly regaling complete strangers with the stories of your life – only to leave at 6 a.m. with the promise that you’ll stay best mates forever – that is what this album sounds like to me”.

chosen by Arwen, The Last Battle

“Twin Shadow – ‘Forget’. Ian from Broken Records introduced me to this recently, and I instantly fell in love with it. It’s just pure 80’s sounding but in an weird awesome way.”

Meursault ‘All Creatures Will Make Merry’

chosen by Brian, The Last Battle

“My favourite album of the last year has to be Meursault’s ‘All Creatures Will Make Merry’. It’s enough of a departure from the first record to sound fresh but not so much as to be indistinguishable as Meursault.”

chosen by Liam, The Last Battle

“I’m gonna go for Admiral Fallow’s ‘Boots Met My Face’. The pop harmonies and amazing musicianship blew me away the first time I heard it (and continue to do so). ‘Squealing Pigs’ in particular has the catchiest chorus I’ve heard in a long time. Also, if Guy Garvey of Elbow thinks they’re good enough to play on his radio show, then they’re alright by me.”

chosen by Flora, The Last Battle

“We played with Yusaf Asak recently and he impressed me so much I cheekily asked to swap our album for a copy of his. It wasn’t meant for me but a xmas present for someone else, but I ended up listening to it and really enjoying it. I’ve still not wrapped it up yet!” 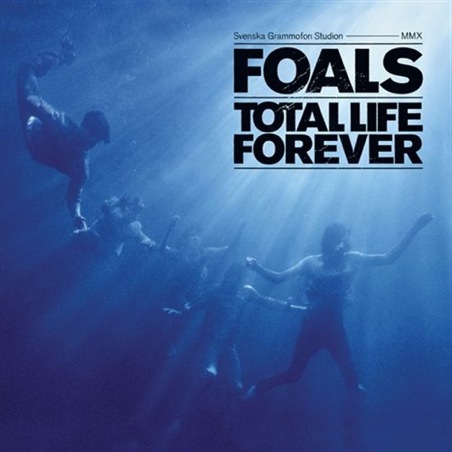 chosen by Ella, The Last Battle

“Album of 2010 has to be Foals ‘Total Life Forever’. It’s just a great album, a massive step forward from their first and in ‘Blue Blood’ has one of the most beautiful songs of the year. It was great to see a band come back with an album to silence the naysayers”

chosen by Paul and Scott, The Last Battle

Paul – “Kid Canaveral ‘Shouting At Wildlife’. I’ve picked it as my favourite album of the year, why do I need to say anything else?”Scott – “I’ll have to be with Paul on this one and say Kid Canaveral ‘Shouting At Wildlife’. Tunes like ‘Good Morning’, ‘You Only Went Out To Get Drunk Last Night’, ‘Smash Hits’, ‘And Another Thing!’ and the tender ‘Her Hair Hangs Down’ gave me complete and utter song envy. I nearly boaked. It’s also the album that made me fall back in love with indie guitar music again instead of listening to folky stuff all the time. Some of David’s lyrics are pretty funny too. I must apologise for the gushing, but that’s what this band do to me. Simple, to the point, catchy, memorable chorus’s – indie pop at it’s best!”

More from Peenko, officially the 87th hottest thing in Scotland, at his blog here...