This week in Scottish Entertainment / Actor News, James McAvoy gets animated, Angus MacFadyen might join a zoo, Ewan McGregor has a release and David Tennant answers a phone.

Yesterday, Sony released a the first teaser trailer for 3D animated film Arthur Christmas. James McAvoy is the voice of Arthur, with Hugh Laurie, Jim Broadbent, Imelda Staunton, and Bill Nighy included in the cast. The film will be released November 23, 2011.

Angus MacFadyen to join ‘We Bought a Zoo’? 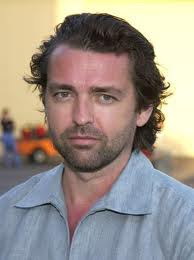 Angus MacFadyen is reportedly in talks to join cast of Cameron Crowe’s We Bought a Zoo alongside Matt Damon, Scarlett Johansson, Thomas Haden Church, and Elle Fanning. He’s in talks to play the head zookeeper. The film is scheduled to open on December 23, 2011.

The comedy-drama, based on the memoir by Benjamin Mee, with a script from “The Devil Wears Prada” writer Aline Brosh McKenna, follows Mee (Matt Damon) as a single father who attempts to fulfil his late wife’s wish of moving their family to the titular animal sanctuary. Damon’s joined by the likes of Scarlett Johansson, as love interest Kelly, Thomas Haden Church, as Damon’s brother, and Elle Fanning and Patrick Fugit as other zoo employees. [Oliver Lyttelton] 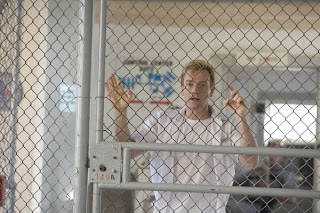 After an extended delay, I Love You Phillip Morris finally opened in limited release in the US last Friday; Ewan McGregor recently talked about the film’s release with the Chicago Sun-Times:

“I don’t pay attention to these matters,” McGregor says with a sigh. “I’m not in control of release dates. All I know is that I had a lovely time working with Jim Carrey and I want everyone to actually see what we did together. I think the ultimate judge is the audience.”McGregor calls the film “a wonderful romance between two men stuck in prison. I play a guy who forgot to return a car and finds himself in jail. That’s where he meets Jim.”

Along the way, he shows some skin. “There’s a brief moment — please focus on the word brief — when I shuck off my robe and climb into bed,” McGregor says. “I have to laugh when I read about my big nude scene. Don’t people have better things to discuss than the idea that you see my naked arse for about 10 seconds? Of course, the Internet turned that into this rumor that I’m naked throughout half of the movie. Absolutely not true! ” [Cindy Pearlman]

David Tennant was among the celebrities who took part in ICAP’S 18th annual global Charity Day earlier today. All of the profits will be donated to international charities. A couple of photos (via David Tennant on Twitter) from the event are below. 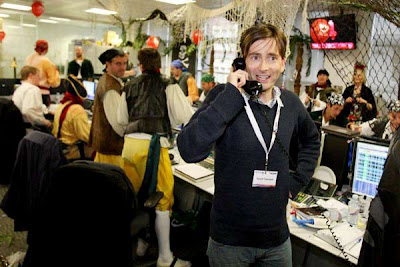 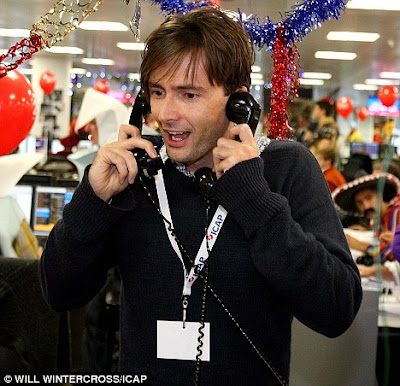