This week in SEAN: video of Craig Ferguson on Lopez Tonight, casting news from Ewan, Gerry and David Tennant’s new projects and Gerry attends the CNN Heroes Tribute with Kevin McKidd to pay tribute to the inspirational brothers behind Mary’s Meals. 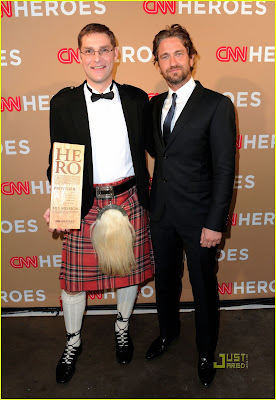 Gerard Butler presented at this year’s CNN Heroes: An All-Star Tribute this Saturday in LA. The ceremony will air this Thursday. Gerard presented a £16,000 prize to fellow Scotsman Magnus MacFarlane-Barrow, founder of Mary’s Wheels:

He said: “I’m proud because he’s a fellow Scot. Every day Magnus lets children know that they matter, that someone thousands of miles away cares about them.”

Mary’s Meals was founded when Mr MacFarlane-Barrow and his brother Fergus made a plan to deliver aid to Bosnia while having a drink at their local pub.

Mr Butler said: “They were having a drink and talked about the heart-wrenching images of the Bosnian war they’d seen on TV. So they made an extraordinary decision that most of us don’t make. They decided to help.” 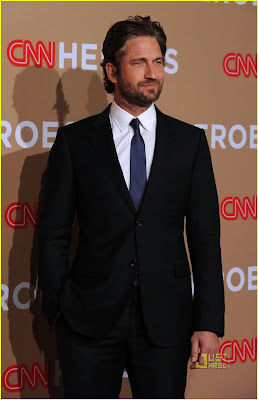 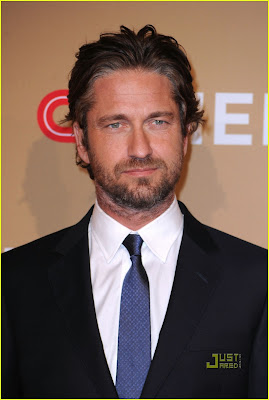 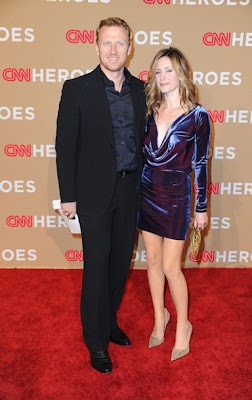 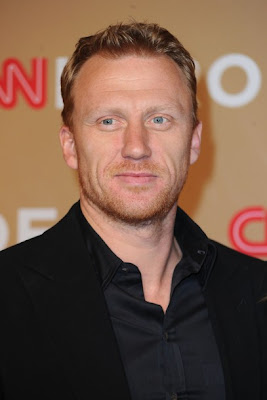 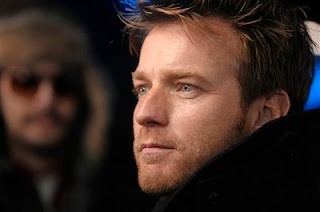 A few months ago Haywire’s release was rescheduled from January 2011 to late March or early April. According to The Playlist the film has now been scheduled to open on April 22, 2011.

Featuring an all-star cast including Michael Fassbender, Channing Tatum, Ewan McGregor, Michael Douglas, Bill Paxton, Michael Angarano, Matthieu Kassovitz and Antonio Banderas, the picture is a gritty spy thriller written by Lem Dobbs (”The Limey”) and starring Carano as a black ops soldier on mission of revenge after she’s double crossed by one of her team-mates…[Kevin Jagernauth]

Gerard Butler to star in ‘Afterburn’?

Gerard Butler and director Antoine Fuqua are reportedly in talks with Relavity Media to develop scifi project, Afterburn. Based on a comic book, Afterburn is set “a year after a solar flare burns half the surface of a planet, and treasure hunters return to retrieve what’s left of value.” A script has already been written, but a according to Deadline, there will be a script rewrite.

David Tennant has been cast in United as Manchester United coach, Jimmy Murphy. Jack O’Connell and Sam Claflin are also part of the cast and production will reportedly start this month. Directed by James Strong, United centers on “Manchester United’s Busby Babes, the youngest team to win the English soccer league before eight players died in the Munich air crash of 1958.”

Kevin McKidd and Ewan McGregor join campaign to save RAF base 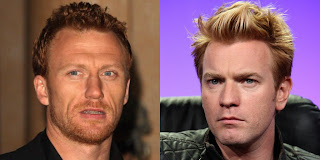 Kevin and Ewan, (who both starred in Trainspotting) have joined an effort to help save an RAF base from being shut down:

McKidd, who is currently based in Los Angeles, said: “This would be devastating for Moray, plain and simple – not just for Lossiemouth but the entire region. In what are already difficult times economically, it seems this move would throw the Moray area into a downward spiral.”

“I urge the powers-that-be to reconsider the closure of RAF Lossiemouth,” added Mr McKidd, “for the sake of my home area, which depends upon its presence.” [The Northern Scot]

New still from ‘The Decoy Bride’

The new photo and official synopsis come from the American Film Market: 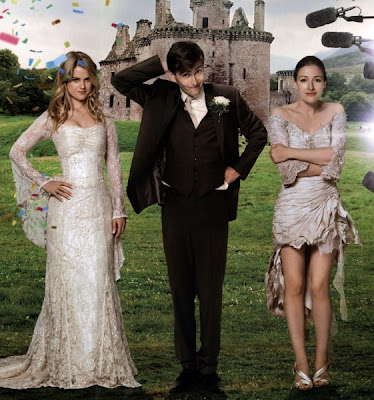 After lovelorn Katie (Kelly MacDonald) is dumped at the altar, she returns home to her windswept Scottish island, thinking she will never walk down the aisle. Little does she know that Hollywood superstar Lara (Alice Eve) has chosen the island as the secret venue for her marriage to her gorgeous boyfriend James (Dr Who’s David Tennant).

But with the paparazzi hard on her tail, Lara needs to throw them off the scent. Katie agrees to dress in white and walk down the aisle as Lara’s ‘decoy bride.’

Wedding bells ring, love blooms, but who ends up happily ever after?

Ewan had originally been listed as a guest on Friday, November 12, but that was canceled. Ewan is now reportedly scheduled to appear on the Late Late Show with Craig Ferguson on Friday, December 3.

You can check out this week’s Late Late Show schedule below: