This week in Scottish Entertainment / Actor News, three of our favourite Scottish actors are named in a Best Dressed List, David Tennant’s ‘Single Father’ arrives, Kevin McKidd is in Austin, Texas and John Hannah features in the new Spartacus promotions. 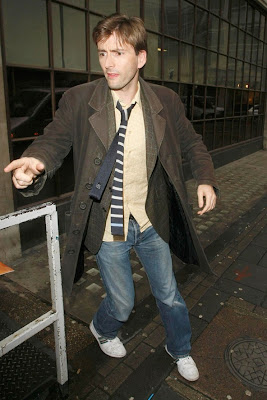 His Style: David Tennant’s presence on this list needs little explanation – he has already bagged the title of Scotland’s Most Stylist Man thanks to the scruffy Converse/English Tweed combo that he works so well. 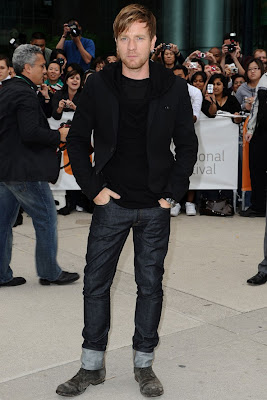 His Style: A generation of teenagers tried to emulate Ewan’s Trainspotting street grunge in the 90s. Thank god those days are over! Now you’re more likely to find the star in riding leather, designer jeans and, occasionally, a kilt. 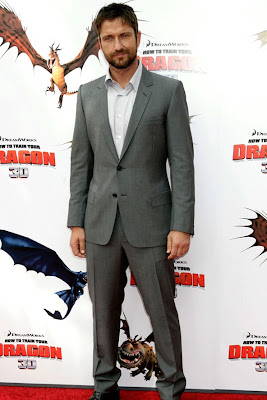 His Style: This cheeky Scot boasts a “devil-may-care” attitude when it comes to fashion. “It’s amazing how much time and effort it takes for me to look rumpled,” he says. Yes but, boy, does he look good.

Single Father is scheduled to air on four consecutive Sundays starting on October 10 at 9pm on BBC1. The BBC has released some new footage, including a trailer and preview videos of the miniseries.

David Tennant will be doing promotion for Single Father over the next few days, and you can check out his appearance schedule:

David is also on the cover of Radio Times, which comes out today. 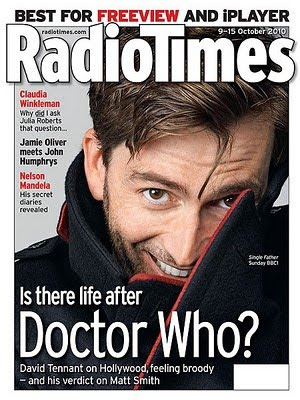 James McAvoy on the set of ‘X-Men: First Class’

James McAvoy and his co-stars Jennifer Lawrence and Rose Byrne were in Oxford on Friday shooting scenes. Photos and some footage of the shoot are below for you to check out. 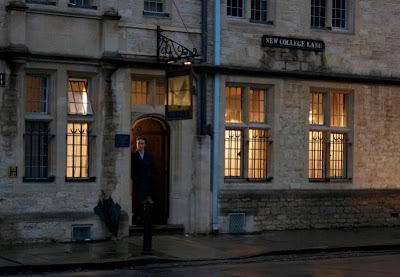 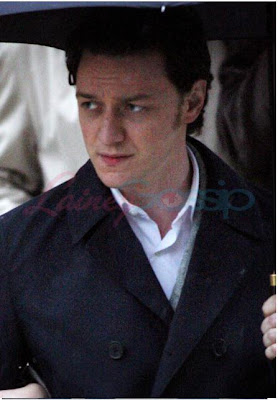 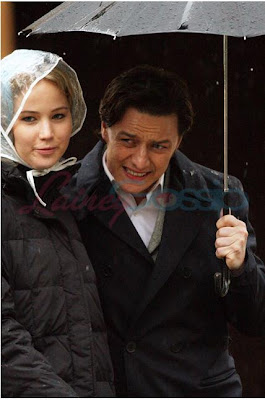 New poster for ‘Spartacus: Gods of the Arena’

Starz recently unveiled the upcoming season’s official poster, along with a new promo photo of John Hannah as Quintus Batiatus. 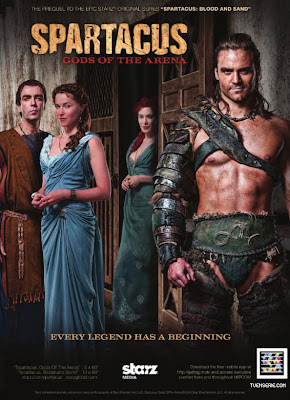 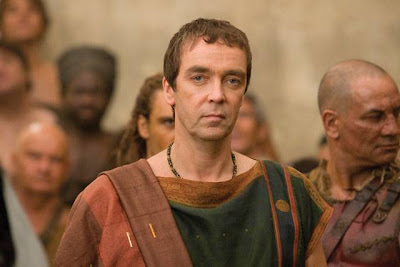 Did you do this movie during hiatus?Kevin McKidd: “Funnily enough, I did this just after – this is how long ago we did this movie – I did this movie just after we wrapped Journeyman. This was two and a half years ago. It was pre-Grey’s Anatomy. In fact, I got the phone call about Grey’s Anatomy while we were in Bucharest and I asked Guy, ‘What do you think?’ I was asking all these guys whether I should do it or not. So that’s when it dates from.”

How much time did you have to train?

Kevin McKidd: “I would say I started pre-training because I had to learn not only the martial arts side of it. A lot of my stuff is to do with manipulating the cane and the sword that my character uses. So I had to learn a lot of cane work and that kind of martial arts cane work, but also Guy had the idea of Killer #2 of being this kind of Fred Astaire, almost this dancer who can sort of tap dance his way through killing people. So I had to take dance class for a month before we even went to Bucharest, just to kind of make myself less flat footed than I actually am. Then once we got there, we probably had another two or three weeks and then during the filming, when we weren’t actually on the stages doing scenes, we had time off, the stunt crew would just grab us and strong-arm us into a rehearsal hall where we’d be drilling fights for the next sequence and the next. So it wasn’t like we had months and months to train. We had to actually do it as we were going.”

Kevin McKidd: “It was like one of the highest end indie movies I’ve ever been a part of. I don’t know what the budget was but, absolutely, it felt like a studio film with an independent sensibility, which is very cool.”

How did it feel to wear the costume?

Kevin McKidd: “Me and Guy kind of sat down, we said we wanted this guy to be like Fred Astaire and that kind of stuff but we want him to be deconstructed instead of angular, so we came up with this weird waistcoat and stuff. It was good because we came to the vision of what he looked like together, little pink glasses with no stems and stuff. Actually, I decided that my character should have fully manicured nails at all times so I had to go to the nail salon once every two weeks to get new acrylic nails attached so I had these perfect acrylic nails that women have normally. I had to maintain that during the whole shooting because he wanted this feel of this guy who’s a perfectly coifed killing machine. It was actually tough to wear those nails, man.” [Fred Topel via Kevin McKidd Online]