The Lost cast has been doing some promotion for the series finale, and Henry Ian Cusick talked to the press at an ABC/Disney press event on Sunday.

Henry talks about the final day of shooting:

Excerpts from two interviews (via Cusickgallery.net) are below.

You can check out the full interview with ComingSoon at the source:

Q: With three shows left is there anyway that the finale is going to satisfy all of the fans?
Cusick: Probably not all of the fans. I think that’s an impossible task.

…Q: Was there a question of the show that you had as fans that did get answered?
Cusick: There was a point in the show where I thought I don’t care about the answers anymore. I knew what I wanted from the ending and what I wanted the message to be. I like this thing of it coming from a place of love and coming from a place of no fear. All of a sudden it just seemed a lot bigger. Small questions I just thought I don’t care anymore. I don’t care why I can see the future. It didn’t matter. It just seemed to be bigger than that. [Heather Newgen]

Actually, there’s some confusion as to whether or not Cusick does, in fact, know how “Lost” ends.
“I think in act 11 there is a secret scene that no one got,” Cusick says. “Only the people who are in it, but nobody knows. Everyone is keeping very quiet about it.”
…

…How did the writers explain Desmond’s place in the season to the actor?

“They phone you up and say they don’t need you. Oh, okay,” Cusick recalls. “Basically the phone call was ‘We don’t need you except for the final seven [episodes] but you’ll get a really cool storyline.’ You have to just trust them.” [Daniel Fienberg]
…

Shooting has been going on for a couple of weeks now and some exclusive stills featuring Kevin were released over at Empire a few days ago. The Great Ghost Rescue is an adaptation of Eva Ibbotson’s children’s novel and will probably be released in 2011 in the UK. Photos with Kevin McKidd as Hamish are posted below. 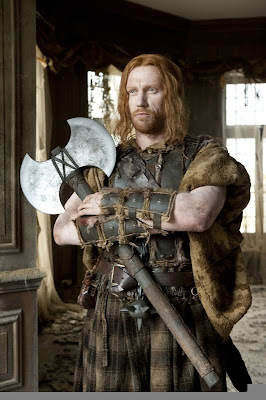 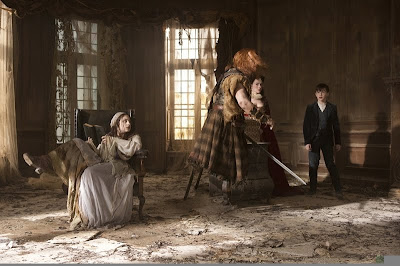 Billy did a red carpet interview (via Basically Billy Boyd) with Beverley Lyons at the premiere of Pimp. I can’t embed the video, but you can go to The Daily Record to watch the interview. You can also watch a clip from the film below:

The 57th annual Sydney Film Festival runs from June 2 to June 14 and the festival’s screening schedule is now available.
The Disappearance of Alice Creed with Martin Compston will premiere on Saturday, June 5 at 8:15pm at Event Cinema 8. The film’s second screening is on Tuesday, June 8 at 8:45pm at Dendy Opera Quays 2.
…
httpv://www.youtube.com/watch?v=vbeJl3dt0Aw
…
The Ghost Writer with Ewan McGregor will have its Australian premiere on Sunday, June 13 at 9:30pm at the State Theatre. The second screening is on Monday, June 14 at 4:45pm at Event Cinema 8. Ewan McGregor might attend the film’s premiere. Tickets for the second screening have already been sold out, but as of now, tickets for the premiere are still available. Head on over to the Sydney Film Festival website for more information on tickets.
…
httpv://www.youtube.com/watch?v=L_AerBW0EcI
…

Ewan McGregor at the 30th anniversary of ‘The Empire Strikes Back’ 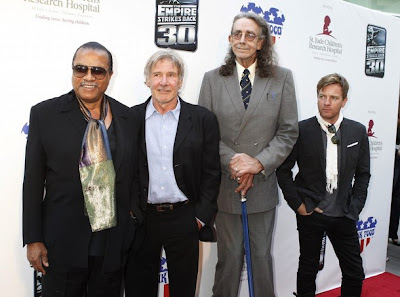 Ewan attended the 30th anniversary screening of Star Wars: Episode V – The Empire Strikes Back at the Arclight Cinema in Hollywood last week. The screening benefited the St. Jude Children’s Research Hospital, Education Outreach at Chicago’s Field Museum, and the Make-A-Wish Foundation as part of the Empire Gives Back charity. The screening raised more than $40,000 for St. Jude Children’s Research Hospital:

You can also watch a brief red carpet interview with Ewan at about 1:44 here. 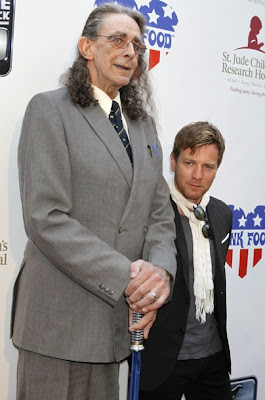 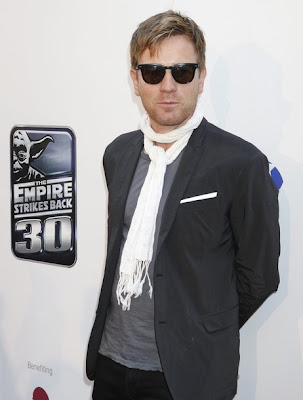