This week in SEAN, a look at James McAvoy in Robert Redford’s new Civil War film, new photos of Gerry Butler on the set of Coriolanus, Ewan McGregor has a couple of shandies at the White House Correspondents Dinner and Kevin McKidd makes People Magazine’s Most Beautiful list, despite being a ginger:

First look at ‘The Conspirator’ 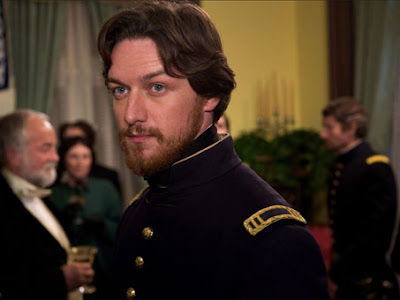 USA Today has a first look at Robert Redford‘s The Conspirator and includes some film stills featuring James McAvoy.

James McAvoy (Atonement) stars as a decorated Union soldier who reluctantly agrees to defend one of the accused, boarding-house owner Mary Surratt (Robin Wright), whose son was the lone conspirator to escape the manhunt.

“There was a question of whether she was complicit, guilty by association, or even more guilty,” says Redford, who directs but doesn’t star in the movie. “The lawyer that defended her didn’t want to defend her. He was a Union soldier who became a lawyer.” His contempt for the suspect gives way to a fear that she is being prosecuted solely to bring her fugitive son out of hiding.

…”He barely survived the war. He was very heroic and won medals for bravery in the field, and comes back and wants to go back into law, and right away he’s pulled into this case because no one else will defend this woman,” Redford says.

…The Conspirator is independently financed and doesn’t yet have a distributor. It’s the first project made by the American Film Co., which plans to create historical dramas. [Anthony Breznican]

You can get even more information on The Conspirator over at the American Film Company. 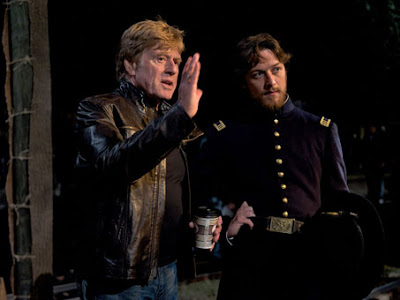 All photos by Claudette Barius, ©The American Film Company Productions 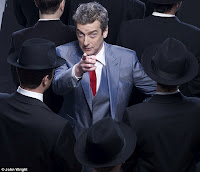 Peter Capaldi has signed on to play one of the wise men in Tony Jordan’s The Nativity for BBC 1 this Christmas. The adaptation will focus on the love story between Mary (Tatiana Maslany) and Joseph (Andrew Buchan) and will air in four 30 minute episodes over four nights. Shooting starts sometime this month in Morocco.

Summit picks up ‘The Impossible’ with Ewan McGregor, Ewan at the White House Correspondents’ Dinner

Summit Entertainment has picked up the worldwide rights to Juan Antonio Bayona’s The Impossible, which is set to star Ewan McGregor and Naomi Watts. Shooting is scheduled to begin in the summer, most likely in August.

Bayona reteams with the writer of that film, Sergio G. Sanchez, for a drama based around a true story set during and after the Indian Ocean Tsunami in 2004. The budget’s set around $45 million, and, while exact plot details are under wraps, we found a Spanish article that states that “The aim of Bayona… is to recreate this natural disaster through a script with hints of horror and mystery and large doses of science fiction.” [The Playlist Nation] 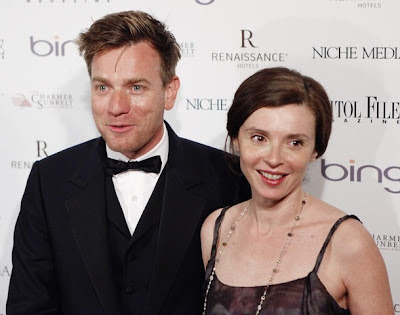 Ewan McGregor and his wife Eve Mavrakis appeared at the annual White House Correspondents’ Association dinner in Washington on Saturday. An after party interview with Ewan is below. His brief interview starts at 0:30.

Just Jared shares some photos from last week of Gerard Butler on the Belgrade set of Coriolanus. 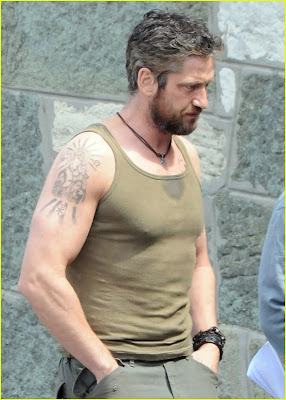 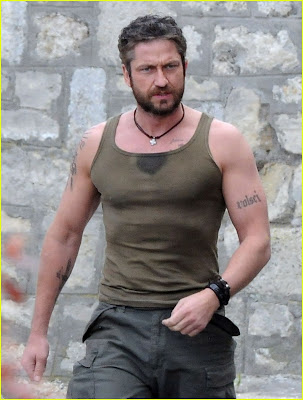 Gerard also did an interview a few weeks ago (via ONTD!) and briefly discussed Coriolanus.

According to Production Weekly, Machine Gun Preacher will go into production in Pennsylvania this June.

“Butler plays real-life hero Sam Childers — the one man fearless enough to fight a ruthless army outnumbering him 1,000 to 1. The fierce edge that once led Childers to a life of crime now fuels his daring crusade into Africa’s most dangerous battle zones to rescue children from the clutches of rebel warlords. His mission is clear: protect the children, no matter the cost.” [Orlando Sentinal]

People Magazine has revealed a sneak peak at its Most Beautiful 2010 issue – which should be on newsstands now. Lovely photo with Kevin McKidd via ONTD! 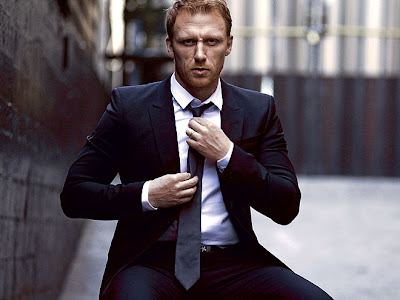 “On Grey’s Anatomy, you have to have make-out scenes – and it’s probably best that you don’t have a beer gut,” says McKidd, 36, of keeping up with the McDreamys of the ER. “So I’m definitely conscious of exercise. But I like to have a Scotch at night. I’m Scottish so I’m not quite as strict.”

DreamWorks Animation CEO Jeffrey Katzenberg announced that How To Train Your Dragon (featuring the voices of Gerard Butler, Craig Ferguson, and David Tennant) will become DreamWorks Animation‘s next franchise, and its sequel will open in 2013. It has grossed $371 million and is now #1 at the US box office since it opened about five weeks ago.