Ewan McGregor on the Late Late Show with Craig Ferguson

Here it is if you missed Friday night’s hilarious interview: 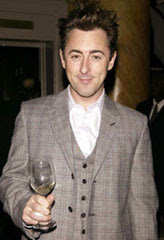 Ewan McGregor on Live with Regis and Kelly

Ewan’s interview with Regis and Kelly from October 21 is finally online for everyone to watch. Thanks to Magdeléna for sharing this interview with us on our Facebook page. Check it out:

The two parts of Ewan’s appearance are online here and here. I’ve tried embedding it, but that seems to make it not play at all, but it plays at The Tonight Show‘s website. I’m not sure if it will work everywhere outside of the US, but it’s working here in Jamaica. There isn’t a clip on youtube yet, but I’ll keep checking. Fingers crossed someone posts it.

Billy Connolly from The Boondock Saints 2 was a guest on the Late Late Show with Craig Ferguson on Monday night. You can watch both parts of the interview below if you missed it:

David Tennant will make his American television debut as Rex Alexander in NBC pilot Rex Is Not Your Lawyer. The show focuses on Rex, a Chicago lawyer “who begins suffering panic attacks and takes up coaching clients to represent themselves in court.”

The pilot was penned by Andrew Leeds and David Lampson. David Semel who directed the pilots for Heroes and Life will be directing. NBC greenlit the pilot in August after two years of development and months of searching for a lead actor “until Tennant came along and nailed the part.”

The pilot reportedly began shooting in mid-October and hopefully it gets picked up by NBC.

Gerard is on the December 2009 cover of the UK edition of Men’s Health Magazine. Check it out: 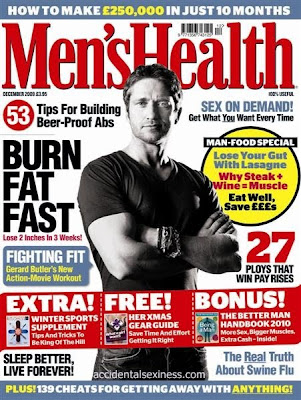 Gerard has also revealed that he chose Glasgow for the European premiere of Law Abiding Citizen as a way to thank his fans:

He revealed the news in an internet chat with fans.

He said: “Maybe I will see some of you at the premiere of Law Abiding Citizen because we are having our European premiere in Glasgow.

“Get merry and drink. I wish I could but I don’t. I hope to see you all soon. Have a good time.”

A spokesman for production firm Momentum Pictures said: “It hasn’t been announced officially yet but the premiere will be on November 15 at Cineworld, Renfrew Street.” [The Sunday Mail]

Law Abiding Citizen has now earned $51.4 million at the US box office after jumping from 4th place to 3rd place over the weekend. 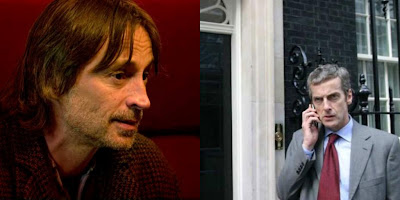 Robert Carlyle won the Bafta Scotland award for best TV actor for The Unloved and Peter Capaldi won for the award for best actor for In the Loop. Peter Capaldi couldn’t make it to the ceremony because according to In the Loop director Armando Iannucci – who picked up the award on his behalf – he was “flogging the film in LA because it’s the start of the award season there. He was gutted to find out it had clashed with this.” Robert Carlyle talked about what it meant to win:

“It’s lovely, it’s a fantastic thing, I was saying earlier on to people, I mean, ten years ago, to be honest with you, you wouldn’t have thought too much of this, it was always nice to get a wee-kind of nod – but the quality of the nominations now is just getting higher and higher.”

“The acting awards this year and last year – there’s so many top quality Scots male actors at the moment that to be included amongst any kind of list of nominees you’ve got to be happy with that. You’ve got to be pleased with that. So, it’s really come up, I think.” [Yahoo! News UK]

You can go here for a full list of the winners.
Source