This week in SEAN, Saba brings us details on the Scottish BAFTAs and the SFX Awards as well as the US television appearances of Kevin McKidd on Bonnie Hunt, David Tennant on Masterpiece Contemporary and Gerard Butler on Saturday Night Live. 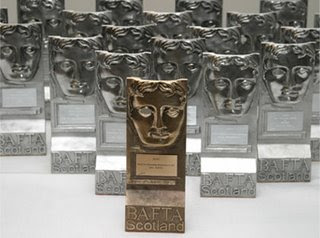 The nominations for the BAFTA Scotland Awards 2009 were announced last week.

In the Acting in Film category Peter Capaldi is nominated for In The Loop as is Stephen McCole for Crying with Laughter.

In the Acting in TV – Male category David Tennant has been nominated for Doctor Who, Robert Carlyle for The Unloved, and Bill Patterson for Spanish Flu – The Forgotten Fallen.

Crying with Laughter is also nominated for best feature film and best writing.

The BAFTA Scotland Awards will be streamed live on the internet, giving people outside of Scotland the chance to watch. You can watch at www.baftascotland.co.uk when the winners are announced on Sunday, November 8 at the Glasgow Science Centre. Go here for the full list of nominees.

Gerard Butler on ‘SNL’ and ‘Late Night with Jimmy Fallon’

You can watch the full episode of Saturday Night Live over at NBC if you are in the US. US viewers can also go here for clips from Gerry’s episode. For those of you outside the US there are clips from the show below and here, so check them out before NBC inevitably takes them down. There are tons of photos from the episode (including the lovely promo shots) over at Gerard Butler GALS.

The SNL episode Gerry hosted had the highest ratings of the season, and Law Abiding Citizen came in second at the box office last weekend with $21.3 million. This must have been a great weekend for him.

Updates on ‘The Last Station’ and ‘The Conspirator’

There are some lovely photos of James McAvoy from The Last Station that made their way online last week (via JMMB) and you can have a look at them in PDF format here, here, and here.

Focus Features International (FFI) will handle international sales of The Conspirator. CAA already has the North American rights to the film. So, there won’t be distribution issues this time.

Here’s a photo of James McAvoy and his Conspirator co-star Evan Rachel Wood from last week: 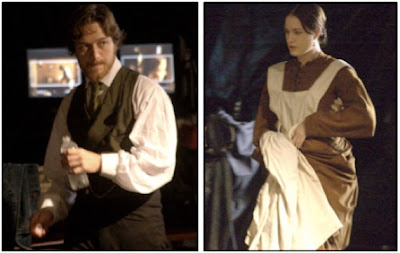 There’s another photo of James from the shoot here. The film’s crew will be shooting in downtown Savannah in Orleans square on Tuesday night. The scenes will involve shooting off fireworks periodically throughout the evening.

Ewan McGregor to present at the BAFTAs + a new interview

Ewan will appear at this year’s ceremony:

The annual and classy BAFTA Awards announced some of the presenters for this year’s upcoming gala. Scheduled to appear are a mix of Yankees and Brits including Amy Adams, Bencicio Del Toro, Minnie Driver, Ewan McGregor and “Slumdog Millionaire” star Dev Patel. [HitFix] 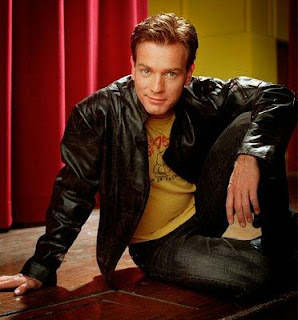 There’s also an interview with Ewan from last Sunday’s LA Times. In the interview he talked about his upcoming films – The Ghost, The Men Who Stare at Goats, I Love You, Phillip Morris, and Amelia. Here’s an excerpt from the interview:

You play Earhart’s lover-on-the-side in “Amelia,” but the part itself is fairly straightforward. What was the draw?

Hilary Swank, who plays Amelia, has been a good friend of mine for years, and we’ve always talked about working together. I suppose we kind of kept our eyes open for something. She called me about “Amelia” just as I arrived to start shooting “I Love You, Phillip Morris,” and we struggled for quite some time, but I really wanted to make it work dates-wise. So I literally made the two films at the same time, flying back and forth from Toronto.

Have you been following the news coverage of what’s been happening to him [Roman Polanski]?

No, I try not to. I was pretty upset. I don’t like to think of him sitting in a prison cell. But I wouldn’t comment upon it because it’s a very complicated issue, you know? It seems odd. He’s been living in Switzerland for years and I’ve visited him there, so this is all very strange.

Is there anyone you really want to work with?

Yeah, I’ve never worked with Johnny Depp, and I’d really love to. Kate Winslet. Rebecca Hall. Directors, I don’t know. I’m odd with directors because I don’t have a kind of wish list. Daniel Day-Lewis? I don’t know. I think I’d like to work with him.

Do you think America is ready for “I Love You, Phillip Morris,” which is based on the true story of a man who falls in love while in prison and then stages multiple successful escapes to be with his lover after his release?

It seemed to go down very well there at Sundance. It’s a love story, an escape movie and a comedy, all about this man who goes to incredible lengths to be with the man he loves. I like it because it’s a gay film, which is to say it’s a film about two men in love, and I think that’s an important element of it. But it’s not a film about them being gay. They just happen to be gay. I also got to French kiss Jim Carrey a lot, and I quite like that too. 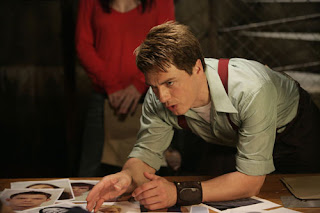 You can vote in 20 categories for the 2010 SFX Awards. Each category has a list of nominees, but you can also choose Other and enter what you want for anything released between September 24, 2008 and December 5, 2009. The winners will be announced on Saturday, February 6.

Harry Potter and the Half Blood Prince, starring Robbie Coltrane is nominated for Best Film.

Be sure to go here to cast your vote.

If you missed last week’s appearance with Kevin check it out below. You can also watch it over at the show’s official website

Ewan McGregor will appear on The Jay Leno Show this Tuesday, October 27 on NBC. Ewan will also be on The Tonight Show with Conan O’Brien on Monday, November 2 also on NBC.

There’s an edited compilation of a behind-the-scenes interview with David Tennant discussing Masterpiece Contemporary. Check out the first part of the interview: