Gerard Butler has a new film out on Friday so this week in Scottish Entertainment and Actor News is fairly Gerry heavy. Saba also has news on Ewan McGregor’s new film ‘Beginners’, Kevin McKidd’s Grey’s Anatomy spoilers and David Tenant in a remake of ‘Burke and Hare’.

Gerard is on the cover of Angeleno magazine this month. The online issue of Angeleno is here. In addition to the photos you can also read the interview with Gerard on page 78. You can also check out 10 photos of Gerry from Friday in Beverly Hills over at Just Jared.
… 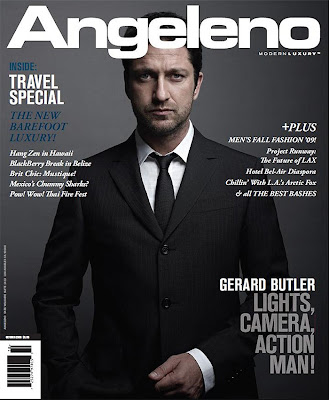 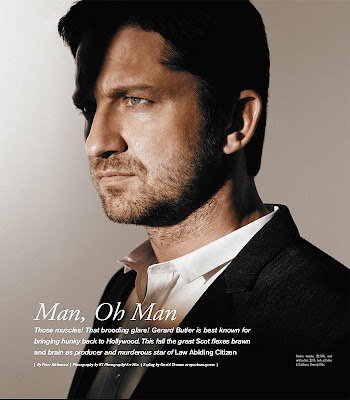 Here’s the clip for you to watch: 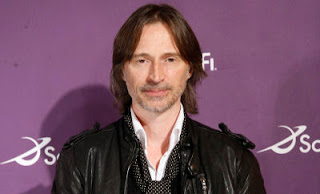 If you missed it you can watch it for free over at iTunes or at Syfy. It only works for people in the US, but the show premiered in the UK on October 6th and in Australia on October 9th.

Ewan McGregor and his uncle, Denis Lawson on the set of The Last Word 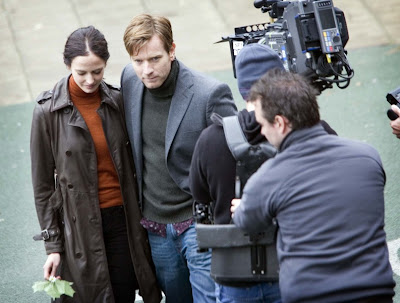 First, you can watch video of Ewan McGregor on the Glasgow set of The Last Word from yesterday’s shoot. Just head on over here to check it out. There is also footage of the rehearsal here.

There is also news that Ewan and his uncle Denis Lawson will finally appear on the big screen together in The Last Word. You may remember that his uncle was the one who inspired Ewan to become an actor after watching him in Star Wars as a child. Denis Lawson played X pilot Wedge Antilles in the original Star Wars movies. In The Last Word, they’ll play a chef and a restaurant owner.

Denis stars in the new season of Criminal Justice which started on October 5th on BBC 1 in the UK. Denis discusses what it’s like to finally act alongside Ewan:

“Ewan’s been moaning that he wants to do this for years, since he was about nine. And I’ve always wanted to act with him, too, having only directed him in the past. So it’s really nice that this has come round. I’ve directed Ewan in theatre, but we’ve never acted together on anything.”

“We have quite a lot of scenes together because our characters not only work together, but they’re friends out of work too. So it really is a big deal for us.”

“People ask if there’s any family tension with that sort of arrangement, but that couldn’t be further from the truth.”We don’t operate like that. It’s all very relaxed. We approach each other very much on a level playing field. We work together pretty seamlessly, with the same sort of energy and humour.”

“We’ve been out a few times after filming, and it’s nice to spend time in Glasgow again. Ewan was on board with this film first. I’ve no idea whether the director always had me in mind for it, but I didn’t need persuading.” [The Daily Record]

There are lots of photos and video from the Los Angeles premier yesterday at Grauman’s Chinese Theater. Gerard was on the red carpet along with director F. Gary Gray and co-stars Jamie Foxx and Viola Davis. There are also some interviews from the various press junkets this week:httpv://www.youtube.com/watch?v=M6VTTquGosQ
Lots more here:
Source
Source
Source
Source
Source
…
…

Not much has been revealed by way of plot yet.

There’s also a photo of Ewan and Eva Green on the set of The Last Word from last Tuesday: 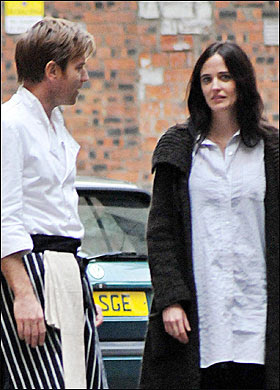 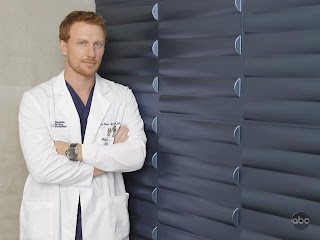 Kevin McKidd Online points us to this interview with Kevin McKidd. He talks about what it was like to be a new cast member and gives some plot details. You can read the entire interview here.

“Last year was nerve-wracking,” McKidd tells me of being the new guy. “I found it really weird because I’ve always been with a show from the start. I feel more relaxed this year, much more at ease.”

“We get to see the fun side of Owen this season,” McKidd says. “There’s a lot more to him than just his post-traumatic stress disorder…he had a black cloud over him last season, but it will eventually pass.”

“Owen and Cristina will have fun. Oh yeah, it’s gonna happen…they are capable of it,” McKidd laughs. “As he becomes lighter, more like his old self, he realizes she’s much darker–she pushed a lot of that aside to help him through his ordeal–but when he gets his sh*t together, he’s going to realize she’s got a lot of sh*t she needs to deal with.” [Fancast News]

David Tennant has been cast alongside Simon Pegg in Burke and Hare. The film’s director John Landis made the announcement over the weekend at the Spooky Empire convention in Orlando, Florida.
…

Burke and Hare focuses on William Burke and William Hare, a pair of serial killers who sold the corpses of their victims to the Edinburgh Medical College in the late 1820s. David will play William Hare. Ewan McGregor had once been rumored to be attached to the film, which is a remake of sorts, but it looks like it will finally get made.

Gerard Butler on the Late Late Show with Craig Ferguson

This is Gerard’s October 10th appearance. Gerry and Craig are hilarious together:

Gerard Butler has now also been added to the Friday, October 16 lineup for The Bonnie Hunt Show.

 Share this article:  Facebook  Twitter
Paolo Nutini Gigs in Australia and Europe By Shiner
The Low Miffs and Malcolm Ross Rip it Up and Start Again By Alec Downie