The Last Station to premier at Telluride 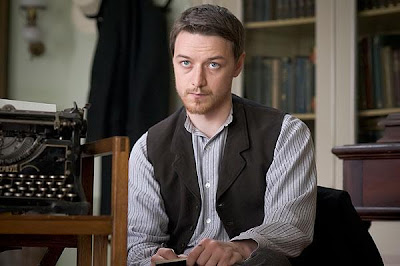 Thanks to the James McAvoy Message Board for pointing this out or I would have totally missed it. The 36th Telluride Film Festival added The Last Station to play in the ‘SHOW’. For more updates on the festival be sure to check out the festival’s official website.

Gerard Butler/Gamer news round up

Gerard Butler made an appearance last week on GoodDayLA on Fox 11 Los Angeles. It’s a great interview, check it out:

Be sure to read this extended Gerard Butler interview over at Shortlist.

Gerard also did a radio interview with Ryan Seacrest, which you can listen to here.

Don’t forget that Gamer is now open in the US. It’s already out over here, and my sister has gotten to see it. *shakes fist* She says it’s good, but somewhere in the third act, she says it gets weird. So there you have it folks, Gamer is good and weird.

Filming for Dougray Scott’s There Be Dragons now underway

The Argentinian shoot for There Be Dragons has now begun. The biopic about St. Josemaria Escriva de Balaguer, the founder of Opus Dei is set for release in the summer or fall of 2010.

Roland Joffe (The Scarlet Letter, The Killing Fields) wrote the screenplay and is directing the film. The film is set in the late 1930s in the era of the Spanish Civil War.

Ewan and Jude recently did a photo shoot together and photographer Lorenzo Aguis described how they worked together. His description is cute and funny:

Jude Law and Ewan McGregor were “like a couple” when they posed together for a photo shoot. Legendary photographer Lorenzo Agius – who has previously shot covers for Vanity Fair magazine – admits Jude was initially reluctant to appear in bed with Ewan, but the pair soon relaxed when the photo shoot began.

Referring to legendary British comedy double act Eric Morcambe and Ernie Wise, Agius said: “Jude didn’t want to do it at first because he was worried about how he would be portrayed, but he agreed after I said: ‘Let’s channel Morcambe and Wise.’

“Soon it was as if they were an everyday couple.”

The photographer revealed fellow British actors Jude and Ewan got on so well, they were soon amusing each other by striking several risque poses.

Agius explained: “For a shot in the bathroom, I couldn’t stop them laughing. Jude pulled his trousers and pants down and sat on the toilet reading the newspaper. Ewan stripped off naked and got into the bath.” [iafrica.com]

Also, the Venice Film Festival is under way, and I’ll update next week when there is word on The Men Who Stare at Goats.

Update: There are links to the photos from the photo shoot here and here. Thank you to a70eezchild for providing the links. 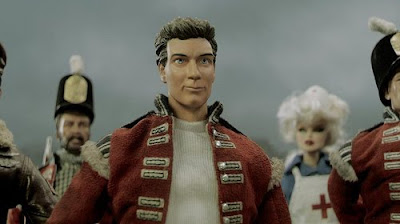 It’s a WWII satirical comedy with puppets. We pick up the story just before the Nazi invasion. Once that happens, Churchill has to leave London, and the country’s only chance of survival is a young farmer from Kent called Chris, played by Ewan McGregor. Chris has got these extraordinarily large hands, hands so big that he wouldn’t be able to join the army. He has a chance to be the soldier that he always wanted to be, and he saves the day, basically. The film is a pastiche of 1940s, 50s and 60s war films, of romantic films, like Zulu, Lawrence of Arabia and Bridge over the River Kwai: big British films. [Netribution]

The season 6 promo photos were released online today. Below are the ones featuring Kevin. If you’d like to see all the character photos be sure to go here to have a look. 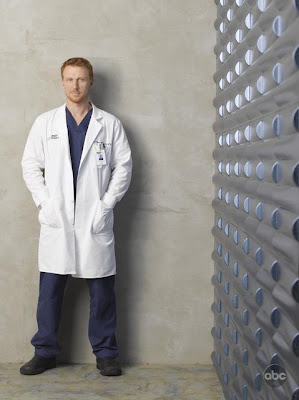 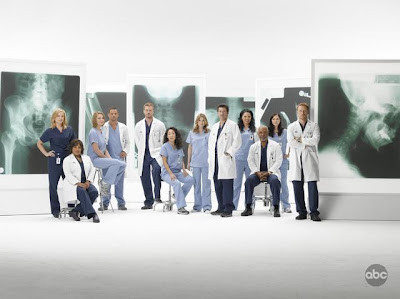 In addition to the photos, the publisher of Modern Warfare 2 released a new trailer today. Kevin McKidd had been cast as a voice actor for the game a few weeks ago and you can go here to find a multiplayer gameplay trailer. Modern Warfare 2 is set for release on November 10.

The trailer for Syfy’s Stargate Universe played in movie theaters over the past weekend. If you watched Halloween II and The Final Destination 3D you probably saw it. Watch the trailer below:

Don’t forget that Stargate Universe is scheduled to premiere in the US on Syfy on Friday, October 2 and in the UK on Sky 1 on Tuesday, October 6. There is also a report from SCI FI in Australia stating that the show will air every Friday night from October 9.

Ewan McGregor on the set of The Last Word

The first photos of Ewan McGregor on the set of his latest film The Last Word are now online. You can view them all here (via Sweet on Sigma Films). Ewan was on location in Glasgow with co-star Eva Green and Young Adam director David Mackenzie. The film is a romantic drama (it’s been described as a “love story set in a city where people are slowly losing their sensory perception”).

The Late Late Show with Craig Ferguson gets a new opening

Posted below is the new introduction to Craig Ferguson‘s show (now in HD) and a behind-the-scenes look at Craig shooting the intro. Enjoy: