This Week in SEAN - Ewan, Gerard, Henry and David

This week in Scottish Entertainment / Actor News, Saba brings us the trailer for Ewan McGregor’s new film, an interview with Gerard Butler, photos of Henry Ian Cusick in cycling shorts and some of David Tennant’s best Dr Who moments. 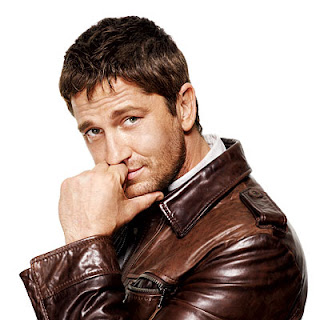 Thanks so much to sassynach for reminding us about Gerard’s interview. I’ve posted an excerpt and you can go here for the full article:

I don’t know if I’m the best actor out there, but I definitely have, how would you say? I have a lot of range,” says the Scot, who can bury the brogue on command and manage a convincing American accent thanks to “easily 1,000” sessions with about 30 dialect coaches.
,,,
That variety is key to his industry appeal, Hollywood insiders say. “He’s definitely keeping his foot in the fact that he can be the action guy in some of the choices he’s making, but he’s also incredibly funny, charming and a ladies’ man,” says RocknRolla producer Susan Downey, who’s producing another Ritchie flick, the upcoming Sherlock Holmes starring her husband, Robert Downey Jr.
…
…For Gamer, Butler has swapped Leonidas’ swords for submachine guns and his Mr. America abs for Popeye-like arms to play Kable, a death-row prisoner who’s competing in the shoot-’em-up game Slayers for a chance at freedom. The man at the joystick controlling him, and his destiny, is a 17-year-old kid.

Starz will air a preview of Gamer, which will include interviews. You can go to the show’s site for a schedule. The first airing will be Thursday, September 3 on Starz at 5:15pm Eastern time.

If you want to watch a bunch of new clips from Gamer, be sure to check them out at GB.net.

Photos of Henry Ian Cusick at the Tag The World Triathalon

Henry Ian Cusick was among the celebrities who took part in the first-ever Tag The World Triathalon in Waikiki on Sunday. Tag The World is a nonprofit organization that raises awareness on cancer, Africa, the world environment, children, and animals. The triathalon also helped a local charity. 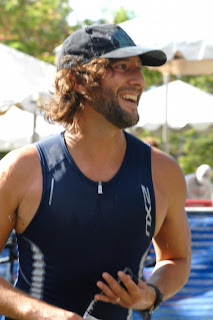 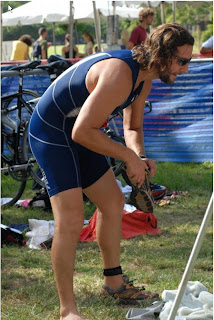 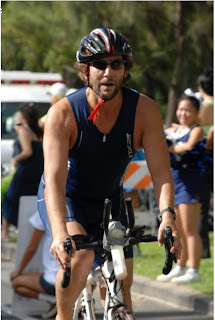 Updates on The Men Who Stare at Goats: Toronto screenings and a trailer debut

The Men Who Stare at Goats, starring Ewan McGregor, will have its premier screening at the Toronto Film Festival on Friday, September 11 at 6:30pm at the Roy Thomson Hall. It will also have a public screening on Sunday, September 13 at 11:30am at Ryerson.

The film has also unveiled its new official website. There isn’t much on the site yet, but more content will probably be up in the coming days and weeks. In the meantime you can check the film’s new Twitter page and Facebook page for updates. I still haven’t been able to verify if the Twitter page is legit, but it seems like the real thing. Jon Ronson, the writer of the book the film is based on will reportedly be live tweeting from the screenings at the Venice and Toronto film festivals.

Entertainment Tonight debuted the trailer in the US last week.

If you missed last Thursday‘s Doctor Who Greatest Moments: The Doctor you can watch it here. The show features interviews with David Tennant and John Barrowman. The episode has also been uploaded to youtube and I’ve posted the first part below for you to check out:

Don’t forget that there are two more parts to the show that will air on BBC Three in the UK.