When I sent emails out to all of last year’s Scots Way-Hay artists I honestly only expected to get a handful of replies back. How wrong I was. It turned out that most bands were pretty keen to let you all know what’s been tickling their fancy in 2010. So in the last of my series of posts I give you the favourite albums of 2010 for Ardentjohn, Endor, French Wives, Lorraine McCauley and Over the Wall…..

chosen by Gav, Over the Wall

“My album of the year is Blud Rins Cauld by John Knox Sex Club. Parts of this album sounds like a group of guys starting a riot, which is very much the sense you get when you see them play live, but the best thing for me is that there’s a lyrical depth here absent from most Scottish bands about. No actually, absent from the vast majority of contemporary music. You get the sense of really big classic themes running through an album that also has time to talk about juvenile delinquency in a particularly Scottish way. There’s also a burgeoning violence to the music, even when they’re in the middle of one of their very tender moments, that’s really compelling. I’ve been playing it constantly since I got it at Insider Festival (where they played the set of the weekend in my opinion) and I think when I look back on the last year later in life this will be a big part of the soundtrack”

chosen by all of French Wives

“Our album of the year is unequivocally Admiral Fallow’s debut ‘Boots Met My Face.’ It is an album which has garnered near universal praise, and such praise is completely deserved. It is extremely rare in pop (to use a slightly catch all term) bands for each and every member to have quite such a high degree of general musicianship. Indeed, in many of the rare instances where this is the case such musicianship is often thrust in the face, or ears, of the listener. However, this is not apparent on this record. The bands musical skill is perfectly apparent throughout, however despite the vast instrumentation at no point do any of the parts feel self indulgent or unnecessary. Melodically and structurally the songs are so meticulously constructed that the arrangements sound like the best possible version of the original song. Add to this the interesting lyrical content and it makes it extremely difficult to watch or listen to this band without being completely in awe” 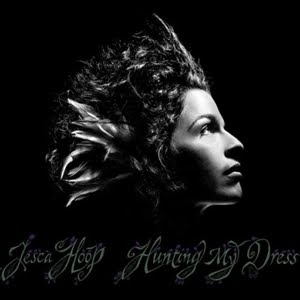 Hunting My Dress by Jesca Hoop

“I watched Jesca perform at a music festival last year and just loved her quirky song style and beautiful lyrics. She has an amazing imagination and creates new places and ideas to explore in each song. Favorite track, though its hard to choose, is The Kingdom and the video for it is great too…….check it out”

High Violet by The National

“The most commercially successful album to date by a band who spent years in the relative wilderness is often seen as one of two things: a crossover or a breakthrough, The National’s High Violet is certainly the latter. Whilst the band’s crossover potential is evident on this release, and comparisons could be drawn to the early albums of stadium fillers like R.E.M, this record is evolutionary not revolutionary. Its breakthrough into the mainstream charts follows the critical acclaim surrounding four previous records and years of slugging it out on the road, yet in 2010 it seemed The National proved they could no longer be ignored. Over the course of their last few releases the band have been honing a sound, primarily based around true craftsmanship in terms of their songwriting. Sure, since Boxer there’s less shouting, and knee-jerk purists have been arguing whether or not that record is better than it’s predecessor, Alligator, since 2007; the fact of the matter is that High Violet is the latest instalment in the evolution of a band which has be lauded by critics, and rightly so, since their debut almost a decade ago. Not only is High Violet the most evolved National record, and debatably the finest example of their ability as songwriters and musicians, it’s got to be one of the best albums of 2010” 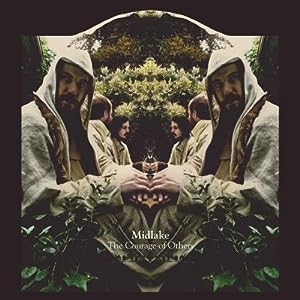 The Courage of Others, by Midlake

“It is a beautiful album and, after Trials of Van Occupanther, it was always going to be hard to top it.

The band chose a different genre for the album (which in itself is difficult) and this gave it, instantly, a different vibe from their previous but their harmonies are always to die for and the old english feel of the album is wonderful.. They seem to put their mark over anything they try.

A beautiful album which gets better with every listen: a bit like their last one, but not the same at all. Wonderful”