This week in Scottish Entertainment/Actor News, Kevin McKidd talks about the new season of Grey’s Anatomy, Tommy Flanagan is back as one of the ‘Sons of Anarchy and Saba starts rumours that James McAvoy is being considered for the lead in Guillermo del Toro’s new 3D epic:

The promo comes courtesy of COforever1 (via Kevin McKidd Online). The seventh season of Grey’s Anatomy is set to premiere on September 23 on ABC – an excerpt from a recent TV Guide interview with Kevin McKidd is below. There are some spoilers in the interview.

TVGuide.com: There’s always a lot of baby talk on Grey’s. Do you think that could be in the cards for Cristina and Owen?

…
McKidd: I think that would be interesting. I know there was originally a storyline that ended up being changed in Season 1, where Cristina got pregnant and they were going to have a baby, but they decided to save that for later. I wouldn’t say that isn’t going to happen, because we almost started that storyline a few seasons ago, but decided it was too much too soon. A lot of comedy would come out of that seeing the two of them face that together, because they’re kind of an odd couple, especially as parents. [Natalie Abrams] 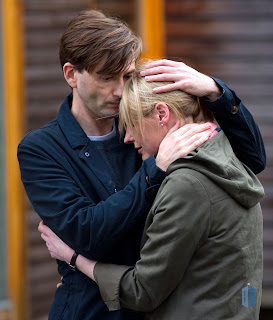 The BBC has unveiled some new promo shots of David Tennant in Single Father. The four-part miniseries will debut sometime in October on BBC 1. You can head on over to Blogtor Who for the whole batch of photos.

‘Sons of Anarchy’ to premiere tonight on FX 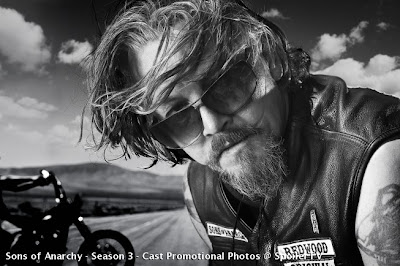 Season 3 of FX’s Sons of Anarchy (which stars Scottish actor, Tommy Flanagan) will premiere tonight (September 7) at 10PM ET. Both season 1 and season 2 are out on DVD and if you want a huge refresher course on the last two seasons TV Squad has an extensive profile on the series. TV Squad has a brief description on Tommy Flanagan’s character:

Chibs (Tommy Flanagan), a Scottish member of SAMCRO, who’s also a mechanic and an emergency medic, and the club’s connection to the IRA. He’s nicknamed Chibs because of his facial scars (“chib” is the Scots word for knife), which Flanagan suffered in a real-life mugging [Kim Potts] 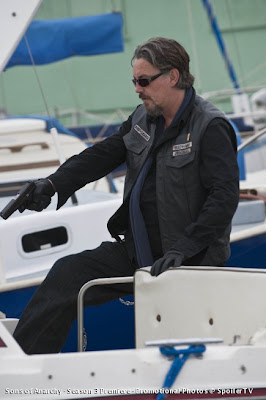 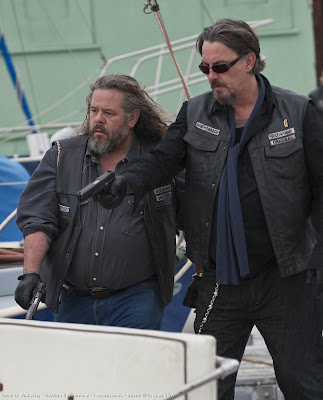 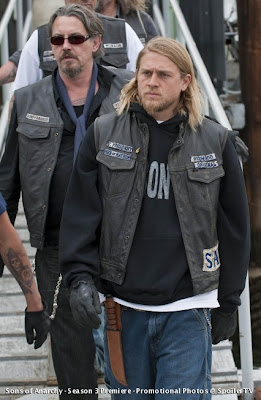 Special thanks to Sallee Smith for the reminder. I would have neglected to post this if it hadn’t been for the heads up.

James McAvoy to star in ‘At the Mountains of Madness’? + TIFF appearance speculation 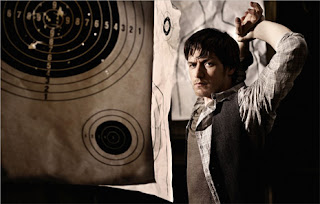 Guillermo del Toro‘s 3D adaptation of H.P. Lovecraft’s At the Mountains of Madness, is set to shoot in May of 2011. Universal reportedly wants James McAvoy in the lead role, while del Toro wants Tom Cruise instead. Both actors would presumably be free at the time, though at this point both actors aren’t even officially attached to the project. A synopsis of Lovecraft’s novella is below:

The story is written in first-person perspective by the geologist William Dyer, a professor from Miskatonic University. He writes to disclose hitherto unknown and closely kept secrets in the hope that he can deter a planned and much publicized scientific expedition to Antarctica. On a previous expedition there, a party of scholars from Miskatonic University, led by Dyer, discovered fantastic and horrific ruins and a dangerous secret beyond a range of mountains taller than the Himalayas. [Wikipedia via Collider]

The Conspirator will make its world premiere at the Toronto International Film Festival later this month, but there hasn’t been official confirmation on whether or not James McAvoy would make an appearance in Toronto. According to an Exclusive Artists Management press release, James will be at the festival. 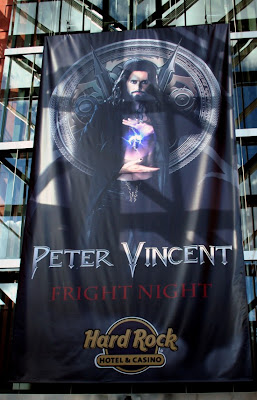 Some new photos of David Tennant as Las Vegas magician Peter Vincent are now online. The photos are of a promotional banner in the Hard Rock Hotel & Casino lobby, where Peter Vincent’s magic show takes place. Fright Night is still shooting and is scheduled to open on October 7, 2011. 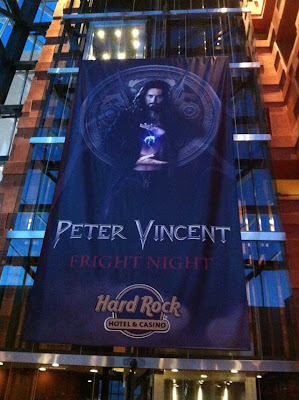