This week in Scottish Entertainment / Actor News, Angus Macfadyen joins the cast of Hirokin, Robert Carlyle and John Hannah are at Comic Con in San Diego, the first trailer becomes available for Dougray Scott’s ‘There Be Dragons’ and David Tennant is on location at Auchindrain.

Angus Macfadyen signs up for ‘Hirokin’ Angus Macfadyen has joined the cast of Alejo Mo-Sun’s Hirokin alongside Wes Bentley, Julian Sands, Jessica Szohr, and Laura Ramsey. Hirokin is currently shooting in Los Angeles, and a film synopsis is below:

The story centers around a reluctant hero who must face the dark parts of his past and choose between avenging his family’ murder or helping to free people who have long faced abuse. Bentley will star as the problem plagued hero while Szohr will play a cunning temptress with Ramsey cast as the heroine. Macfadyen will play a tribal leader and Sands will be the nemesis of the film. Mo-Sun will be producing and directing the film based upon a script he developed himself. [Daemon’s Movies]

First trailer for ‘There Be Dragons’

A new teaser trailer for Roland Joffé‘s Spanish Civil War film There Be Dragons has been unveiled. Actor Dougray Scott plays a “young journalist, estranged from his father, who begins to investigate the life of one of his father’s friends, Josemaría Escrivá de Balaguer. The journalist…follows their uneasy relationship from their childhood to their time during the Spanish Civil War.” Dougray Scott doesn’t appear in the trailer, but you can still watch it below:

John Hannah and the rest of the Spartacus cast appeared at Comic-Con to talk about the upcoming prequel season, which is titled Spartacus: Gods of the Arena. The season will premiere in January 2011 on Starz. Photos from the panel are below and shaky footage of the panel has appeared on YouTube, so you can watch the first part of the panel here. 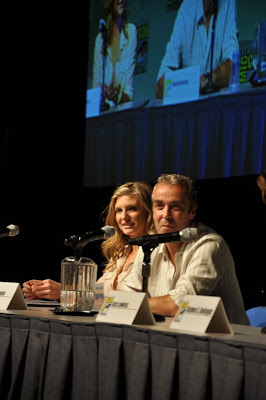 On the set of ‘Decoy Bride’ 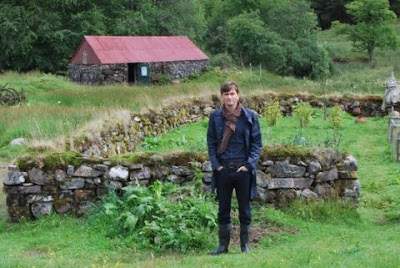 The folks over at For Argyll have a pretty extensive look at what shooting is like for David Tennant, and the rest of the cast and crew on the set of Decoy Bride. You can check out on-set photos and the entire article here; For Argyll does reveal that the movie will likely screen at the 2011 Cannes Film Festival.

Robert Carlyle spoke to Fused Film at this year’s San Diego Comic-Con and the interview is now online. He revealed some details on the second season of Stargate Universe, which is halfway through shooting, and will air on Syfy in October. You can watch the entire interview below.
… 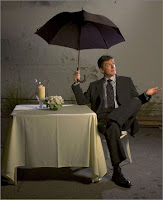 Discovery Channel’s 23rd annual Shark Week starts today at 9pm ET with its first special “Ultimate Air Jaws”. Host Craig Ferguson will be getting his own special episode “Shark Bites”, which is set to air on Wednesday, August 4 at 9pm ET.

Edit: Craig’s special Shark Bites: Adventures in Shark Week will actually be airing at 10pm e/p on Wednesday, August 4. Thanks to @SariesWick for pointing this out.