A bit of a quiet 7 days in Scottish Entertainment and Actor News this week. There are photos of Kevin McKidd attending the Roma Fiction Fest and Ewan McGregor at the LA Film Festival. Saba also has videos of Alan Cumming’s latest obsessions and the first five minutes of ‘The Disappearance of Alice Creed’:

Kevin McKidd appeared at the Roma Fiction Fest yesterday. Video of his appearance is posted below:

Kevin also did an interview with Metro.co.uk (via mckidd_fans) to promote Percy Jackson and the Olympians: The Lightning Thief, which is now out on DVD. The interview was published on Sunday, and you can read the full thing at the source.

Why did you do the Percy Jackson film?

The director Chris Columbus sent me a letter saying: ‘I really see you as being part of this, I’m a fan of your stuff.’ In this business you’re so used to rejection it’s very flattering when someone says they want to work with you. I’ve also never done a family film before and I’ve got kids aged seven and nine so it was nice for them to be able to see something I’ve done.

What films did you like when you were a child?

Raiders Of The Lost Ark, Star Wars, ET especially. Something about that story broke my heart as a boy and really made me want to become an actor.

It’s still one of the top dramas in America and doesn’t show any signs of losing popularity. It’s nice to know your job isn’t going anywhere for a little while.

John Barrowman to appear on This Morning 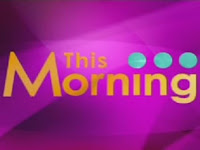 John will be a guest on This Morning on Thursday, July 15 on ITV1 in the UK. He will be on to promote the upcoming second season of Tonight’s the Night. This Morning airs from 10:30am to 12:30pm.

More stills of Kevin McKidd in ‘The Great Ghost Rescue’

The shooting schedule for The Great Ghost Rescue is now complete and there are some more photos posted over at the film’s official site. Photos featuring Kevin McKidd are below. 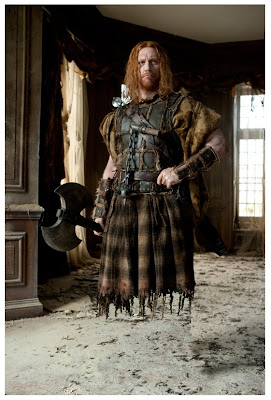 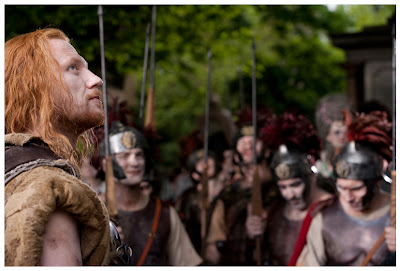 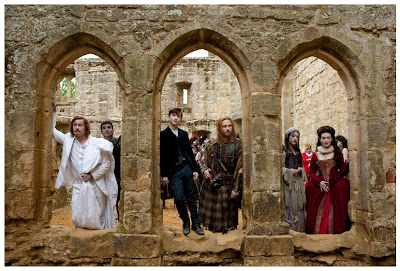 Exclusive: watch the first five minutes of ‘The Disappearance of Alice Creed’

ComingSoon.net has a preview of the first five minutes of The Disappearance of Alice Creed. It stars Martin Compston and is set to open on August 6 in limited release in the US.

Two men – one in his twenties, the other nearer forty, both intensely focused on the task at hand – line the inside of a transit van with plastic. Shopping, they buy a drill, a mattress and other supplies. In a small flat they assemble a bed for the mattress and staple foam insulation and board to the walls and windows of a bedroom. Then, their meticulous preparations complete, they kidnap a young woman. They drag her from the street into the back of the van and, with a bag over her head and ball gag in her mouth, take her back to the flat, tying her to the bed in the room they have converted into a prison cell.

The kidnappers are Danny (Martin Compston) and Vic (Eddie Marsan), two ex-cons planning to make a mint on the ransom for the young woman. The younger, nervier of the two, Danny defers to the more experienced Vic, who acts with a steely conviction. Their hostage is Alice Creed (Gemma Arterton), daughter of a rich businessman, chosen by Vic and Danny as their passport to a better life. Terrified and immobile at first, it soon becomes clear that Alice isn’t about to let her captors use her as capital without a fight. As determined to escape as Vic and Danny are to succeed, Alice enters into a battle of wills which strains the already fractious relationship between the two men. As the deadline for the exchange draws nearer, all three are brought close to breaking point, with Vic and Danny’s foolproof plan descending into a desperate struggle for survival.

what’s your obsession from itsasickness productions on Vimeo.

Ewan was at the Animal Kingdom premiere at the 2010 Los Angeles Film Festival last Wednesday. Some photos of Ewan’s red carpet appearance with director David Michod and Dawn Hudson are below: 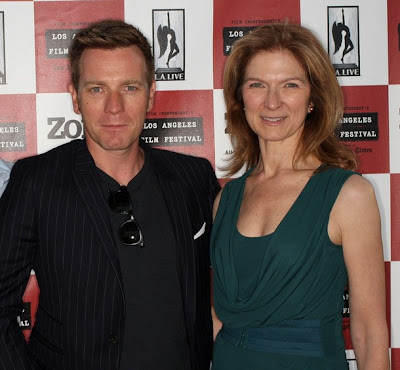 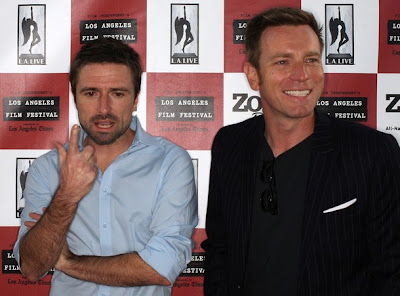