This week in SEAN, David Tennant is shooting a new romantic comedy in Scotland and the producers are looking for extras, first reactions to Ewan McGregor’s new project, news from the set of Kevin McKidd’s ‘Great Ghost Rescue’ and a trailer for Brian Cox’s new film with Bruce Willis and Helen Mirren.

Brian Cox to star in ‘The Veteran’

Brian Cox will star in Matthew Hope’s The Veteran alongside Toby Kebbell, Ashley Thomas, Adi Bielski and Tom Brooke. The Veteran is a British indie film about “a young soldier returning here from Afghanistan targeted as a clandestine operative to monitor suspected terrorists in the U.K.” The film is scheduled to shoot later this month around London and at Elstree Studios.

In other news Yahoo! has unveiled the brand new trailer for Red, which also stars Brian Cox. Red is based on Warren Ellis’ comic book, with a cast that includes Bruce Willis, Mary Louise-Parker, Helen Mirren, Morgan Freeman, and John Malkovich. Brian isn’t really featured in the trailer, but you can still check it out. Red is set to open on October 15 in the US. 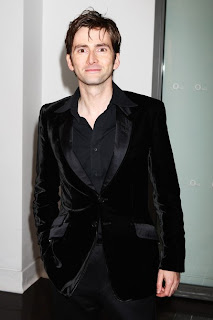 David Tennant has started shooting the romantic comedy on location in the Isle of Man, and shooting will move to Scotland. Production reportedly started on Saturday and is expected to go on for five weeks. Michael Urie has also joined the cast of The Decoy Bride, and you can follow his Tweets for updates on the shoot. The Ex-Isle Film Agency is also looking for film extras and you can get more information about casting here. A film synopsis is below:

The former Doctor Who stars alongside fellow Scot Kelly MacDonald and Alice Eve, who played Charlotte’s nanny in Sex And The City 2. David plays British writer James, who is engaged to internationally famous film star Lara (Alice), who decide to get married on a remote Scottish island when their wedding is sabotaged by a paparazzo.

Lara’s manager Steve – played by Ugly Betty star Michael Urie – has less than 24 hours to transform the ancient, dilapidated island into the fairytale setting for a wedding and persuade local girl Katie (Kelly) to stand in as a decoy bride when the paparazzo tracks them down. But when James meets Katie sparks fly and even more starts to go wrong.

The comedy was written by Neil Jaworski and Smack The Pony’s Sally Phillips, who also takes a supporting role. It is directed by Ugly Betty’s Sheree Folkson, who previously directed David in TV comedy drama Casanova. [Press Association]

Haywire (originally called Knockout), featuring Ewan McGregor, was recently screen tested at the Arclight in Sherman Oaks – director Steven Soderbergh was at the screening. Jeff Wells shared some positive feedback from a trusted source who attended the screening:

…The fights are great. I’ve been in, and have personally choreographed, a lot of staged violence, and this was quality stuff. It does my heart good to see a young woman really kick ass. The brutality and desperation of the fights, in fact, at times seemed to appall more than thrill the audience, which is as it should be. As I write this (i.e., the following morning) I’m still thrilled.”

You can head on over to Hollywood Elsewhere to read the entire assessment.

On the set of ‘The Great Ghost Rescue’ with Kevin McKidd

‘Fright Night’ gets a release date 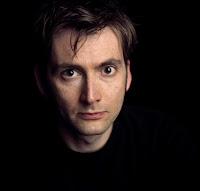 Shock Till You Drop has revealed that the Fright Night remake, starring David Tennant, will open on October 7, 2011. Fright Night will likely be in 3D, with filming set to start this summer in New Mexico.