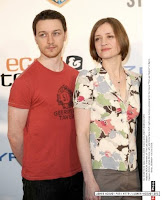 There hasn’t been an official announcement, but The Sun has a photo of James and wife Anne-Marie with their new son in London. You can head on over to The Sun for the photo.

In some more related news it appears that James has been offered a role in the screen adaptation of David Mitchell’s 2004 novel Cloud Atlas. The book focuses on six main characters and spans across thousands of years – from the 19th century to the distant future. Other actors offered roles include Tom Hanks, Halle Berry, Ian McKellen, and Natalie Portman.

Win a visit to the set of ‘X-Men: First Class’

Producer Bryan Singer is holding a charity auction for the chance to visit the set of X-Men: First Class and meet the cast (which presumably includes James McAvoy). The set visit is scheduled for Fall 2010 in the UK. You can head on over to CharityBuzz to start bidding.

Gerard Butler is among the nominees for the 2010 Teen Choice Award for Choice Movie Actor in the Romantic Comedy category for The Ugly Truth and The Bounty Hunter. The other nominees in the category are Josh Duhamel (When in Rome), Joseph Gordon-Levitt (500 Days of Summer), Ashton Kutcher (Valentine’s Day), and Ryan Reynolds (The Proposal). Just Jared has the full list of nominees, and you can vote at the Teen Choice Awards official website. The award ceremony airs live on Monday, August 9 on Fox.

Craig announced last week on the Late Late Show that he will be hosting Discovery Channel’s 23rd Annual Shark Week starting August 1. Craig will shoot in the Bahamas in a few weeks. You can watch Brian the shark puppet sharing the exciting news below: 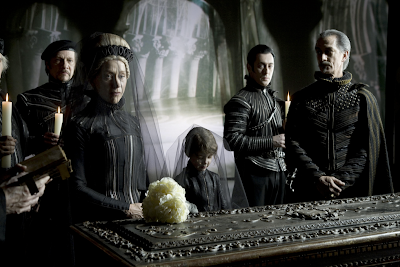 It looks like this was recently posted on Alan Cumming‘s official site and features Chris Cooper, Helen Mirren, David Strathairn and Alan as Sebastian. Julie Taymor‘s adaptation of Shakespeare’s The Tempest is scheduled to open in December.

Lionsgate has acquired the North American rights to Machine Gun Preacher, which stars Gerard Butler. Based on a true story, the film focuses on Sam Childers, “a former drug-dealing biker tough guy who found God and became a crusader for hundreds of Sudanese children who’ve been forced to become soldiers.” Filming will reportedly start on July 5 in Detroit and South Africa. The film is expected to open sometime in the Fall of 2011.