Lloyd Cole, one of Scotland’s best loved expats, will be playing a small, commotion-free show in his adopted hometown of Easthampton, Massachusetts next week as part of the town’s 225th anniversary celebrations. His new album is also available, signed, from his webshop. Details below:

The Lloyd Cole ensemble will play the Music Fest in Millside Park, Easthampton on June 19. Six other bands are on the bill with Lloyd headlining and the event is free.

Earlier this year, Alistair wrote about what makes Lloyd so special:

Rattlesnakes is a thing of beauty and a joy forever. Lyrical, melodic, heart breaking and arch, it ticked so many boxes for a young man with pretensions, and it still does now that the same man is, slightly, less idealistic and has a dickey ankle. People concentrated on Lloyd’s vocals and lyrics, but they found a perfect partner in Neil Clark’s twangy guitar. I could have picked any of the tracks to play as every song’s a winner, but the following video of Forest Fire gives the uninitiated a great idea of what to expect from the rest of the album. Basically if you don’t like it, then perhaps Rattlesnakes is not for you:

It’s difficult to follow a debut that arrives perfectly formed, and although The Commotions still produced great songs, nothing matched Rattlesnakes and they split up in 1989. Lloyd inevitably went solo, and I thought the first, self titled album, was terrific, but unfortunately not many others did and, with rumours abound of a serious golf habit, many folk, including myself, thought that would be that. Moody troubadours were out of fashion at the time as the funky-drummer beat and over-sized clothes took over this part of the world while distorted guitars began to wail over the Atlantic.

But in the mid-90’s I bought his album Love Story and fell all over again. Since then I’ve kept buying his music and have seen him live whenever I can. He doesn’t let me down.

There are a few musicians whose music grows as they and their audience do but they’re rarer than you think. Elvis Costello, Kate Bush, Roddy Frame and Boo Hewerdine are a few I can think of off the top of my head. These are the company in which Lloyd Cole belongs. If you get the chance to see him live I urge you to do so, especially if you were a fan of The Commotions. He invites you in with the promise of old favourites, but it’s the newer stuff that stays with you afterwards. Just like the perfect Homecoming.

More from Lloyd at his weblog and on twitter.

Rattlesnakes is available from the Dear Scotland Shop here: 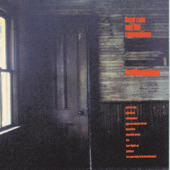 Lloyd talks about the idea of living in America in 1985