This week in SEAN, James McAvoy’s Oscar buzz gathers more momentum with screenings for The Last Station in New York and LA, a new interview and a Golden Satellite nomination. Also Gerry Butler is named Glasgow’s first Film Ambassador and David Tennant is the Fifth Greatest Scot ever. 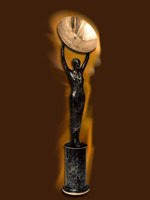 James McAvoy has been nominated for Best Supporting Actor for The Last Station. Winners will be revealed at the 14th Annual Satellite Awards ceremony on Sunday, December 20 at the Grand Salon of the InterContinental Hotel in Century City, California. You can go to the awards’ official site for a full list of nominees.

At a ceremony on December 1 in Glasgow Scotland, Gerard Butler was officially launched as the first Ambassador for Glasgow Film Office (GFO). The 300 and Law Abiding Citizen Scottish-born star will serve an initial two-year term in the effort to help attract film and broadcast activity to Glasgow through the Glasgow Film Partnership.

Prior to the launch, Butler commented “I’m very honoured to be asked to be Glasgow Film Office’s ambassador. Anything I can do to support the local film and television industry is worthwhile. “I wish Glasgow Film Office every success in the launch of the Glasgow Film Partnership and hope the benefits of this new initiative will lead to increased production in the city very soon.”

He further said, “Glasgow is a great place to make movies. You can shoot anything here from urban and contemporary to rural and period. The crews are fantastic and it is an easy city to get around rather than spending the endless hours in traffic when you make movies elsewhere.”

Film commissioner for Glasgow Film Office, Jennifer Reynolds, said “I am absolutely thrilled that Gerard Butler has agreed to become our ambassador. His profile helps lend credibility to Glasgow and combined with his support for our office, he will help to publicize Glasgow within the film industry.

“He shares with Glasgow Film Office a strong passion for raising the profile of the city and we look forward to future collaborations and opportunities to promote Glasgow together.” [Examiner] 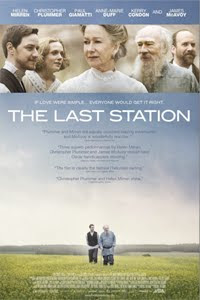 There’s a brand new interview and a new photo with James McAvoy in the Los Angeles Times. James talks about working with Helen Mirren and Christopher Plummer on The Last Station. An excerpt from the interview is below for you to check out:

His character has the distracting habit of sneezing violently when nervous.
…
“It’s a complete opposite of so much film acting, [which is] ‘I know you’re feeling uncomfortable now but stop indicating it; do it with a look.’ Well, I’m not going to do it with a look; I’m going to physicalize it in the most overt, audible, unavoidable and most noticeable way I can. I loved that.
…
“I played Yepikhodov in ‘The Cherry Orchard’ when I was at drama school; he’s the character with the squeaky shoes. He can’t stop them: Squeaky shoes, squeaky shoes, squeaky shoes. As soon as I read that sneezing thing, I thought, ‘I know how to do this!’ ”
…
McAvoy is delightfully sneeze-free now, having left that set behind as well as overcoming the swine flu mini-epidemic that swept through the Savannah, Ga., set of his upcoming “The Conspirator” (directed by “the one and only” Robert Redford). Sounding hale and broguing heartily by phone from New York, the actor says he’s enjoying a weekend in “the Big Apple,” revisiting “The Last Station.”
…
“I’m not used to seeing biopics, historical period dramas, that are funny,” McAvoy says. “I wouldn’t describe it as a comedy, but I think it’s got a bit of the works of Chekhov, you know? A Chekhovian sense of humor. High melodrama followed by moments of, essentially, high slapstick or broad humor.”
…
Which brings us back to that sneezing: It turns out there’s a blessing to it.
…
“There are a lot of times when he’s very nervous and he doesn’t sneeze — I was like, ‘I’d be in sepsis right now! I’d have snot all over!’ But that ends up helping to chart the evolution, the maturing of the character,” says the actor. “Which sounds very simple and reductive, but it’s kind of a good marker along the way.” [Michael Ordoña]

You can now also book tickets for the waiting list to The Last Station‘s red carpet premiere in New York on January 11, 2010. The event has already reached capacity, but you can sign up to the wait list in case seats open up. You can go here for more information.

‘One Night in Emergency’ to air in January

One Night in Emergency which stars Kevin McKidd will reportedly air on BBC in Scotland in the first week of January, 2010. It was originally set to air in December, but the air date has been moved.

The Last Station‘s one week Oscar qualifying run started Friday, December 4 at The Landmark in Los Angeles. You can call (310) 281-8233 for more information on tickets and show times.

In New York The Last Station also opened for one week on December 4 at The Angelika in New York. You can go to The Angelika’s website for more information.

I managed to get a list (posted below) from The Calanander

of all the theaters in New York and Los Angeles that show independent films, so if you live in NY or LA you can check them out to find out when and where The Last Station opens after its January opening. The Calanander has lots of information on limited releases, Q&As, and advanced Screenings in NY and LA if you’re interested in other screenings.

Hamlet is set to air on December 26 on BBC 2 at 5pm. The DVD will debut a few days later on December 28. Hamlet airs sometime in 2010 in the US on Great Performances on PBS.