This week in SEAN, rumours resurface about Gerard Butler playing the Bard, bad news for David Tennant fans suffering Dr Who withdrawals, John Hannah at the Spartacus premiere and the first look at Kevin McKidd as a Greek God. Saba has all the details: 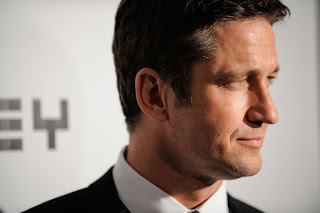 Scottish actors Brian Cox and John Hannah might be cast in the film. Oh, and there’s this too:

Gerard Butler will reportedly bare all in an upcoming film.

The Law Abiding Citizen star has been lined up to portray Scottish poet and lyricist Robert Burns in a racy new movie directed by Vadim Jean.

Speaking to the Sunday Mail, Jean said: “Gerard and I are both totally committed to the film. There’s plenty of sex and nude scenes in it.

“[Burns] was a notorious rake of his time. We are not whitewashing Burns by any means. He was a complicated character and to do justice to his story is not a simple thing.”

Scottish actors Brian Cox and John Hannah have also been tapped to appear in the film, but there has been no decision made as to who will play the lead female role of Burns’s love Jean Armour. [Digital Spy]

NBC delays ‘Rex is Not Your Lawyer’? 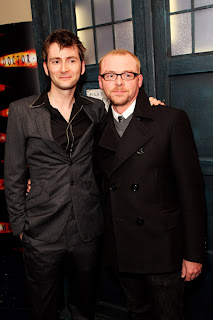 NBC had originally been hoping to get Rex Is Not Your Lawyer with David Tennant to air in one of its 10pm time slots in the spring to replace the Jay Leno Show. But according to one of Michael Ausiello‘s sources “The sets are coming down this week.” The show, however will still be considered for the fall lineup. “The sets are on fold-and-hold,” maintains the insider. “They will still be available if the show is picked up for the fall.” This could be why David had to drop out of Burke and Hare:

Lots of David Tennant’s fans believed that David missed the chance to play in the movie Burke and Hare due to Rex Is Not Your Lawyer being commissioned but it appears that it is because NBC has not yet made their decision so he is unable to commit to filming through until the end of March. [David Tennant on Twitter]

Photos of John from last week’s premiere with co-stars Lucy Lawless and Andy Whitfield are below. ‘Spartacus: Blood and Sand’ premiered on Friday January 22nd on Starz in the US. 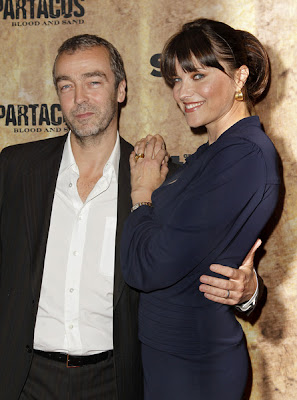 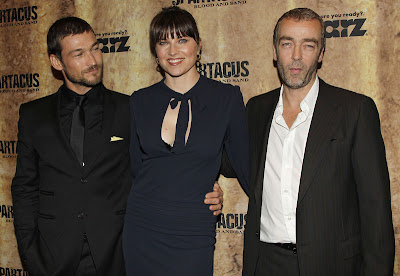 Check out the HQ promo photo of Kevin from Percy Jackson & The Olympians: 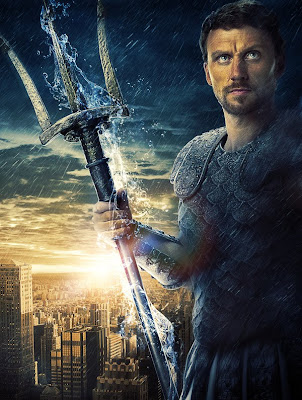 David Tennant at the NTAs

Update: Above is video of David Tennant’s acceptance speech after his win for Outstanding Drama Performance. Thanks to David Tennant and Dreamycat for the link.

David won the award for Outstanding Drama Performance at the National Television Awards in the UK. Doctor Who also won the Best Drama award and the acceptance speech for the show’s win with David Tennant is below:

‘Torchwood’ and John Barrowman headed to the USA? 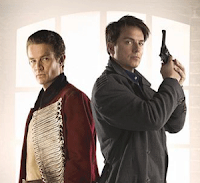 Fox has its own version of Torchwood in development. Series creator Russell T. Davies is working on the script and BBC veterans Julie Gardner and Jane Tranter will be executive producers. If Fox does pickup Torchwood for a pilot John Barrowman will likely play Capt. Jack Harkness. “As for the new show’s plot, the U.S. version will contain a global story line compared to the more localized sensibility of the first two BBC seasons.”