When I worked at the Scottish Parliament about 14 years ago, I had a fanciful conversation with a senior MSP about what effect a Scottish World Cup win would have on a vote for independence.

My feeling was that if it happened on the eve of a referendum, the feel-good factor of such an, admittedly unlikely, occurrence would nevertheless convince thousands of otherwise undecided voters that Scotland could be a successful independent country. And that this surge of confidence could tip the balance in a tight vote. The politician agreed with me and even suggested to me it was something about which SNP party leaders had daydreamed.

Now, I’ve written here occasionally about my personal journey to becoming a supporter of independence and how confidence played a significant role for me. And that conversation with the MSP is something I’ve always remembered. At one point I drafted a research paper on the national football academies that many other successful nations had developed, with a view to creating something similar in Scotland.

Of course those academies never happened and Scotland remains years behind countries like Belgium and France in terms of youth development. Once again we look on enviously at the World Cup as other countries, many smaller than us, participate and thrive on the world stage.

But that conversation I had many years ago has been on my mind recently. Because with a little help from the footballing Gods, it remains a possibility that Scotland could become world champions just 11 days before the referendum in September.

How? Because Germany are now just one game away from the World Cup Final and Scotland will play Germany in Dortmund in their first competitive fixture after the World Cup on Sept 7th. Think of how we still recall Wembley ’67 when we became “Unofficial World Champions“. It could happen again.

Here we breakdown why a German World Cup win could actually lead to a Yes vote in the referendum. 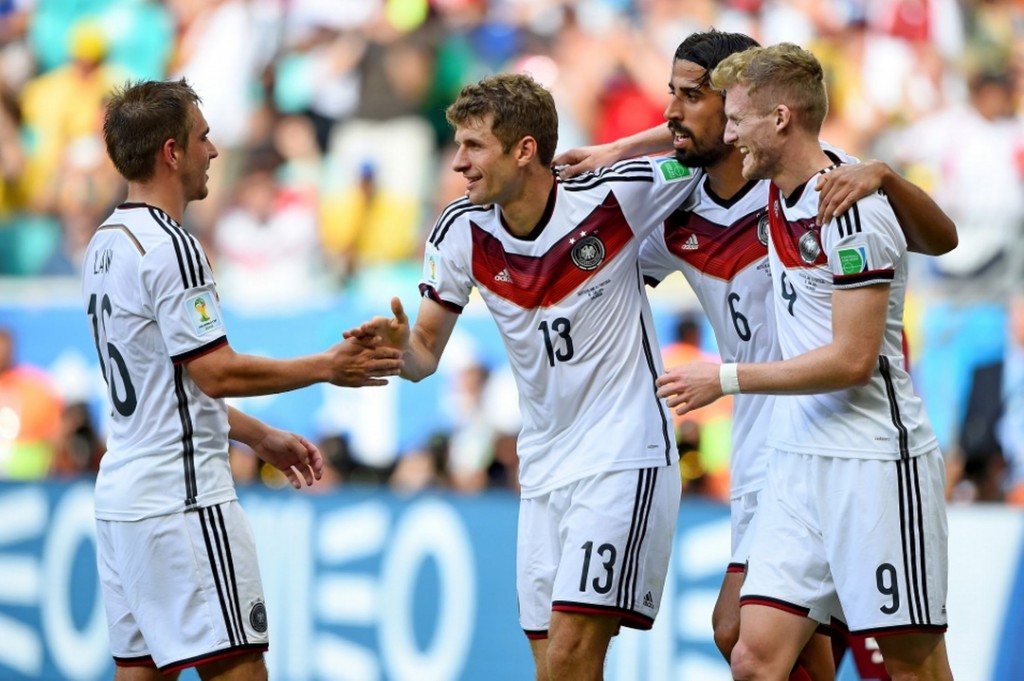 1. Germany Could Win The World Cup

No one can deny that Germany have looked really good so far and they handled France pretty easily on Friday. Yes Germany now face the hosts and the pre-tournament favourites, but Brazil will be without their star player Neymar and their captain Thiago Silva. If Germany get past Brazil they will face Netherlands or Argentina in the final. It will be close but if it goes to penalties you have to fancy the Germans. So they very well could win it all next Sunday.

2. The ‘World Cup Hangover’ is a Real Thing

Ok so if Germany win the World Cup on July 13, the players will celebrate for a couple of weeks, some will retire, and then they will get ready for the start of the Bundesliga on August 22. The German squad will have one more round of domestic club fixtures on the weekend of August 29-31 before they gather to begin qualification for Euro 2016 with a home game in Dortmund against Schottland on Sunday September 7th.

What chance would we have against the World Champs? Well it is not uncommon for the winners of major championships to have some issues when they come down from the party of their life. The old ‘World Cup Hangover’ cliche has some basis in reality.

For example, after winning the World Cup in 1998 and drowning themselves in champagne, France kicked off their ultimately successful Euro 2000 campaign with a bubble-free 1-1 draw with Iceland. 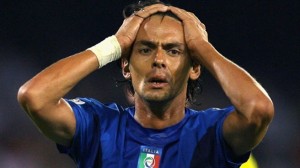 Then in 2004, Euro winners Greece eased off on the ouzo shortly before starting their World Cup 2006 qualification with a head-pounding 2-1 loss to Albania, losing 2 goals in the first 11 minutes.

And in 2006, World Champions Italy enjoyed a bit too much Pinot Grigio before losing 2-0 at home to Croatia and then drawing 1-1 at home with Lithuania in their first two games after winning it all.

World Cup Hangovers do happen. So let’s hope the Germans win the Cup and that the Hefeweizen flows freely.

So Germany could win the World Cup and then they show up in Dortmund with a bit of a sore head. Are we good enough to beat them? Our recent results against the Germans are not too bad. In 1999 Scotland gubbed Germany 1-0 in Bremen in a friendly. In 2003 we drew 1-1 at Hampden with the then World Cup Finalists and then narrowly lost 2-1 in Dortmund.

But all of the games were close and it’s not like we suffered a humiliating 4-1 defeat or anything. Here is Don Hutchison scoring his 2nd most famous goal of all time.

..
httpv://youtu.be/lBkDDhYwGQE
..
Germany’s weakness is their lack of speed at the back. In Ikechi Anya and Steven Naismith we have players that could cause them problems. We are unbeaten in 6 matches and we just might sneak it.
..
…

4. What Effect Would It Have On The Referendum?

Let’s assume we beat the World Champions in Germany a few days before the referendum. So what? Is there any evidence to suggest that this might actually have an effect on voting patterns?

Well actually yes. A 2010 study by Loyola Marymount University in Los Angeles and Stanford University’s business school concluded that a victory by a hometown team 10 days before an election resulted in incumbent candidates receiving an additional 1.61 percentage points of the vote in the team’s county.

The results suggested that the emotional state of voters is an important component in understanding their behavior. If voters feel good, that can translate into how they vote. 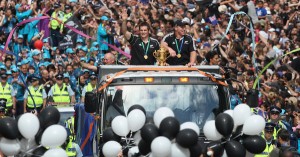 Most recently, the BBC reported that academics believed that the result in Colombia’s group stage match against Greece (they won 3-0) could have influenced the knife-edge presidential election.

So any ‘feel-good’ factor of a Scotland win against the World Champions would have an impact on the referendum. And more than likely that impact would benefit the Yes vote for Scottish independence. Last month the Sunday Herald reported that new polls showed the Yes camp needing just a 2% swing for victory. Becoming World Champions just 11 days before the referendum could just provide that final boost.