Spike TV’s annual Scream Awards will feature a “Farewell Tribute to Lost” its October 19 ceremony. The awards honor the best in sci-fi, fantasy, comics, and horror and air at 9pm on Spike TV. Jorge Garcia, Henry Ian Cusick, Harold Perrineau, and executive producers Carlton Cuse and Damon Lindelof are expected to appear for the tribute. You can vote for the Scream 2010 Awards here.

Craig Ferguson returning for ‘How to Train Your Dragon’ sequel 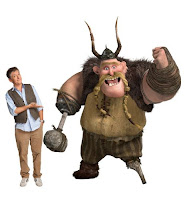 Way back in April, DreamWorks announced that the sequel to this year’s How to Train Your Dragon would open in 2013. Not much had been confirmed at the time, but now it looks like the principal cast including Craig Ferguson, Jay Baruchel, America Ferrera, Jonah Hill, Christopher Mintz-Plasse, and Kristen Wiig will be returning. Gerard Butler’s name however, seems to be missing from the announcement.

How to Train Your Dragon grossed $500 million at the box office and is out on DVD on October 15.

David Tennant appeared on Richard Bacon’s 5Live radio show earlier today to promote Single Father. Part one of the interview is posted below and you can watch all three parts over at Blogtor Who.

There are also two new clips from Single Father, but they’re only available to UK residents (unless you use Expat Surfer). They’ll probably be up on YouTube soon though. You can also read ReelScotland‘s review of Single Father here. 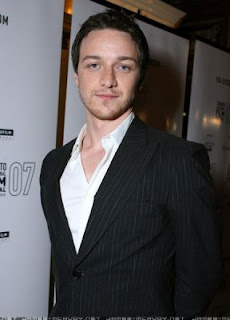 The initiative, coinciding with St Andrew’s Day (November 30), urges the public to host a Scottish-themed event for friends or colleagues in exchange for donations to support the charity’s continued work with vulnerable children and families in the country. [Red Pages via JamesMcAvoyMB]

Trailer for ‘The Tempest’ unveiled 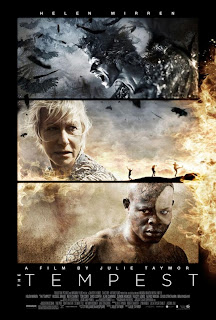 “In Julie Taymor’s version of ‘The Tempest,’ the gender of Prospero has been switched to Prospera. Going back to the 16th or 17th century, women practicing the magical arts of alchemy were often convicted of witchcraft. In Taymor’s version, Prospera is usurped by her brother and sent off with her four-year daughter on a ship. She ends up on an island; it’s a tabula rasa: no society, so the mother figure becomes a father figure to Miranda. This leads to the power struggle and balance between Caliban and Prospera; a struggle not about brawn, but about intellect.”

The Tempest was mostly shot in Hawaii and opens on December 10 in the US.

 Share this article:  Facebook  Twitter
Peenko’s Scots Way-Hay! – Woodenbox With A Fistful of Fivers By Lloyd Meredith
This Week in the Gloaming 2010 #41 By Colin Campbell