This week in SEAN, new clips of Henry Ian Cusick in Law & Order, new photos and clips of James McAvoy in Robert Redford’s The Conspirator, and interviews with Kevin McKidd at the Toronto International Film Festival. Saba has all the details:

You can also check out some of Henry Ian Cusick’s interviews over at MovieWeb.com and The Daily Record. Excerpts from these interviews are below.

How does your character and Benson become involved in your episodes? And is he really in to her because they say he’s going to be a romantic interest or is there an ulterior motive there?

Henry Ian Cusick: Very early on in the episode you see Benson and my character, Erik Weber, who is a graphic artist; you see them meet and there’s a bit of flirtation. Certainly from Erik Weber’s point of view he’s very interested in Benson and I think it becomes a bit of a rivalry between Stabler and Weber. So yes, there’s definitely some – there’s definitely an interest — a strong interest — from Erik Weber and the Benson character, yeah. [MovieWeb.com]

And although he’s got a two episode guest role in Law & Order SVU, he’s not wanting to jump into something too big or too long which won’t compare to the fun and adventure he had in one of the most talked about shows of the past decade.

He said: “I’ve learned that this experience is a one-off, and it won’t happen again.

“I’m sad to see it end because it’s been such a beautiful experience. I feel like I’m part of television history. [Rick Fulton] 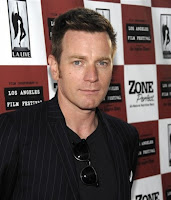 Back in June Haywire had been pushed to a January 2011 release by Lionsgate, but the film appears to have a new distributor. Overture will take over North American distribution, which means that the release has been rescheduled to either late March or early April 2011.

The first clips from The Conspirator are now online. There’s a chance they’ll be yanked from YouTube soon, so check the out while you can. 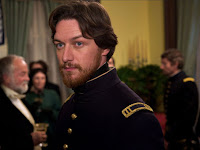 Roadside Attractions and Lionsgate have acquired The Conspirator for a Spring 2011 North American release. An official release date hasn’t been confirmed yet.

A batch of TIFF portrait photos with James McAvoy have been released. The really cute photo of James and Conspirator co-star Justin Long comes courtesy of Life (via ONTD) and was taken by Jeff Vespa. 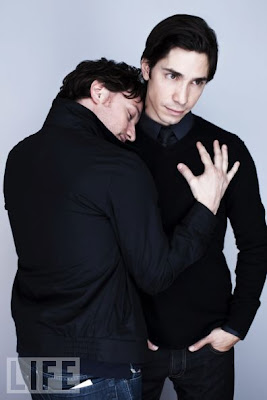 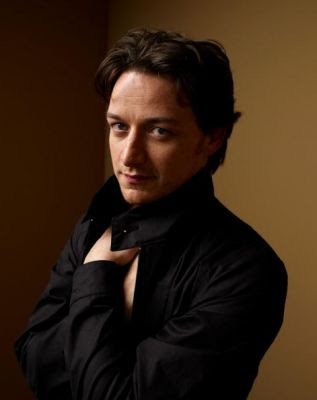 Kevin McKidd made the rounds in Toronto this weekend to promote Bunraku.

Another interview with Kevin and Ron.