This week in Scottish Entertainment / Actor News, Ewan McGregor is in Australia at the Sydney Film Festival, Martin Compston talks about his two new films, more details emerge about James McAvoy as an X-Man and David Tennant joins the cast of the ‘Fright Night’ remake. Saba has all the latest news.

‘Knockout’ renamed ‘Haywire’; gets a 2011 release + Ewan McGregor at the Sydney Film Festival

Steven Soderbergh‘s Knockout (which stars Ewan McGregor) has now been renamed Haywire. The film had originally been scheduled for a release sometime this August, but it appears that Lionsgate has moved it to January 2011. 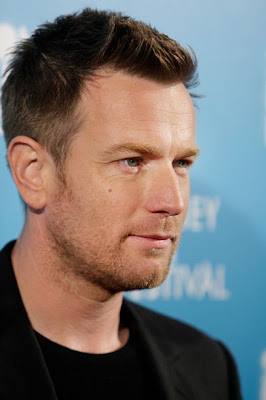 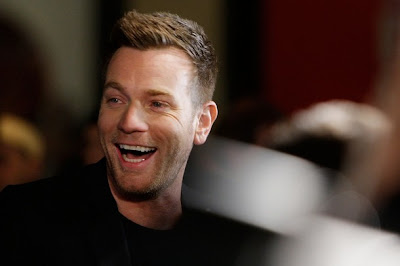 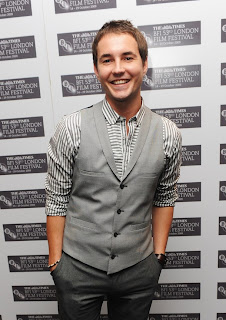 Martin Compston did an interview with the Daily Record right before the Edinburgh International Film Festival opens this Wednesday. Two of Martin’s films will be screened at the festival – SoulBoy and Donkeys. SoulBoy premieres on Saturday at Cineworld and Donkeys premieres next Sunday at The Filmhouse. The full interview was published yesterday:

Edinburgh comes at a good time for Martin. He is taking a six-week break, having had minor surgery on an ear complaint and cracking a rib filming upcoming prison drama Ghost.

But he’ll soon be setting his sights on cracking America.

Having enjoyed mainstream success in the UK with The Disappearance of Alice Creed, the film is about to open across the pond and he’s been signed up by the same US agent who represents Avatar’s Sam Worthington.

He said: “I’ve been lucky enough to work with some great directors and I don’t want to throw that away by doing one big horrible big budget film.

He has no shortage of offers. He’s already got the slasher horror Comedown in the bag. When his ear and rib mend, he is off to learn how to surf for buddy movie In Between The Waves. [Steve Hendry]

David Tennant has signed on to star in Craig Gillespie’s remake of the 1985 film. Christopher Mintz-Plasse is also joining the cast. Fright Night stars “Anton Yelchin as Charlie, a teen convinced that his new neighbor (Colin Farrell) is a vampire. Toni Collette is the teen’s disbelieving mom, who falls under the vampire’s spell.” David will play Peter Vincent, a Las Vegas magician, originally played by Roddy McDowall. Disney is hoping for a 2011 release date. 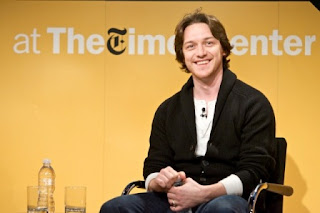 X-Men: First Class, starring James McAvoy is scheduled for a June 2011 theatrical release, and some scenes will reportedly be shot in Michigan. The West Michigan Film Office posted a bulletin stating that 20th Century Fox is scouting locations in Michigan.

“A location scout is seeking out areas with a 1960’s, South-American or Central American island feel for the next X-Men movie, ‘X-Men: First Class.’ In particular, he needs to find café and bar locations, evoking the Argentinian feel of Bariloche, and an Art Deco Cafe or restaurant overlooking a body of water. Additionally, the movie calls for a Miami styled harbor for yachts. If you know of any locations that seem to match a description, please contact our office.”

Michigan Live says that “if you know of any such spots where mutants might fit in, contact Rick Hert at the WMFO: rick@wmta.org.” Location scouting is also apparently in preliminary stages and probably in a “limited capacity.” Most of the filming though, will likely be in London this September.

There are also a few casting rumours – Michael Fassbender is being considered for the role of Erik Lehnsherr/Magneto and Rosamund Pike might be up for Emma Frost.

Ewan McGregor to appear in BBC Battle Of Britain documentary 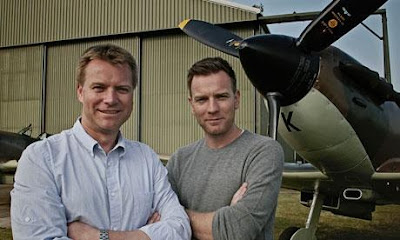 Ewan and his brother Colin, an RAF pilot, will help to mark the 70th anniversary of the Battle of Britain for the BBC. The 90-minute documentary will air in September. According to Broadcast (via Best of Ewan) “the brothers will fly across the skies of England in Spitfires in the one-off BBC1 documentary, The Real Battle Of Britain, guided by surviving pilots, radar operators and ground-crew from the war.”

In a statement, Ewan said: ‘The Battle Of Britain was a dramatic turning-point in the history of the Second World War and a defining moment in world history.

‘It is a privilege for Colin and I to make this documentary; not only to mark the 70th anniversary itself, but to be able to pay tribute to the courage and sacrifice of those who fought during the battle.’ [Monsters and Critics]