This week in SEAN, Robert Carlyle provides a fascinating insight into his early life, Ewan McGregor and David Tennant annouce new projects, John Barrowman is back in Glasgow promoting a panto and Craig Ferguson turns 48. Saba has all the details:

Robert Carlyle recently did an interview for Johnnie Walker and in it he talks about his father – who passed away four years ago – and growing up in Glasgow. It’s a really interesting interview and Robert reveals a lot of new details about his difficult childhood. You can listen to the full interview below. Thanks so much to Dan for the transcript and the link.

“Hi, this is Robert Carlyle. You’re walking with me today in my old neck of the woods here in Glasgow. I hope you’ve got your thermals with you because it is freezing here today, must be at least 25 below. This area played a huge part in my life, and what I want to do today is take you for a wee walk and tell you basically where I came from, and where I went to….” 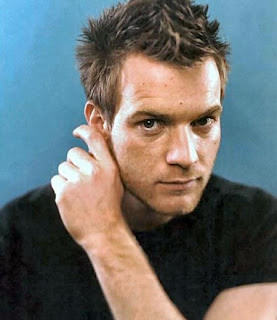 Terry Gilliam has cast Ewan McGregor in his second attempt at directing The Man Who Killed Don Quixote. Back in 2000 the film was plagued by flash floods and injuries, and then shut down after a few days of production. Ewan McGregor will take over Johnny Depp‘s role as an ad executive who travels through time to 17th century Spain, and becomes Don Quixote’s sidekick – Robert Duvall will be replacing Jean Rochefort as Don Quixote. Shooting is expected to start in September. Gilliam talked a little about Ewan to Empire:

“And Ewan has gotten better over the years. He was wonderful in The Ghost. There’s a lot of colours to Ewan that he’s not been showing recently and it’s time for him to show them again. He’s got a great sense of humour and he’s a wonderful actor. He’s wonderfully boyish and can be charming – when he flashes a smile, everybody melts. He wields it like a nuclear bomb!” [Empire]

NBC did not pickup Rex is Not Your Lawyer for its upcoming fall season, so it’s been scrapped.

In other news, David Tennant has been cast in Decoy Bride alongside Alice Eve and Kelly MacDonald. The project was announced at the Cannes Film Festival last Friday and is set to start shooting for 5 weeks this June. It will shoot on the Isle of Man and in Scotland.

The Decoy Bride tells the story of a superstar actress, Lara (Eve), who just wants to marry her cute British boyfriend James (Tennant), and believes the sleepy Scottish Island of Hegg is the one place the world’s press won’t find them. But when an ingenious paparazzo tracks them down, the diva must find a decoy bride and thinks local girl Katie (MacDonald) will be an ideal replacement. But when Katie meets James, sparks fly. [ScreenDaily] 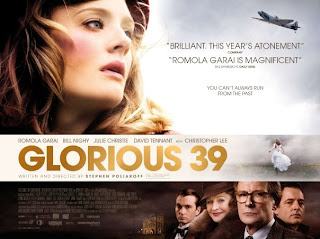 Glorious 39 which was released in the UK last year, is now headed to the US. No word yet on when it will be released. Thanks so much to mcfangirl for this information.

Finally, you can check out some photos of David Tennant on the Glasgow set of BBC drama, Single Father.

John Barrowman was in Glasgow to promote upcoming pantomine, Aladdin. He will be performing from December 11 to January 9, 2010. Photos of John promoting the show are below. 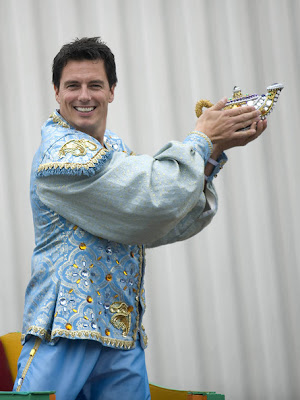 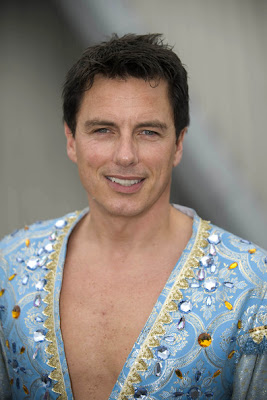 ‘Spartacus: Blood and Sand’ to return as prequel series 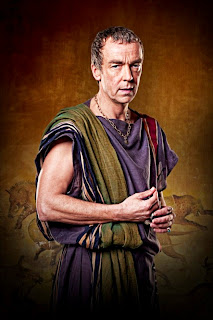 Spartacus, starring John Hannah is set to return to Starz in January as a prequel. John Hannah’s co-star Andy Whitfield has been getting treatment for non-Hodgkins lymphoma and will be in 2 out of 6 episodes. Shooting is expected to resume this summer in New Zealand:

The prequel series will focus on the rise of the House of Batiatus, the gladiator academy, and will revolve around the relationship between [Lucy] Lawless’ and Hannah’s characters, Lucretia and Batiatus.

…When Whitfield is able to get back to work on a more regular basis, the “Spartacus: Blood and Sand” story will continue where it left off. In the meantime, Starz is casting a new character, who preceded Spartacus and Crixus as the top gladiator at the House of Batiatus.

Aside from Hannah, Lawless, and Whitfield, fans can expect to see more familiar faces among the prequel’s cast members. [Zap2it]

Yesterday was Craig’s 48th birthday. If you want to leave him birthday wishes, you can Tweet him a message.

Here is a brilliant interview with Robert Downey Jnr from last week :