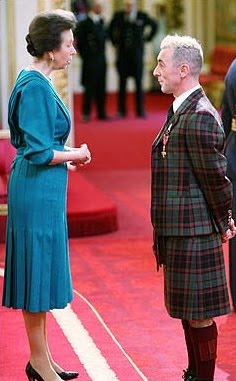 “That for me is the most important thing. I have a voice because of my work. I’m loud and I speak my mind,” he said. “I feel it’s a lucky position to be in – that people want you to speak out for something you want to say anyway.””My work has enabled me to do something with my opinions for good.”

“(The Princess Royal) was lovely…She asked me if I was getting enough work. I love that. I said I had just come back from Australia so if I fainted to not be alarmed. She thought that was hilarious.”

Tony Curran cast in ‘Doctor Who’ 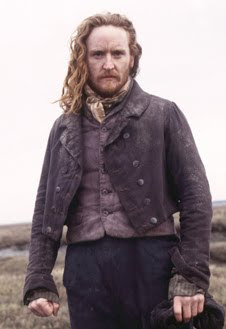 Writer Richard Curtis revealed that Scottish actor Tony Curran has been cast as Vincent van Gogh in an upcoming episode of Matt Smith‘s first season of Doctor Who. The episode is set to air next February in the UK.

Curtis told Bullz-Eye: “We’ve got a brilliant guy playing Vincent van Gogh – which is who it’s about – who you should look up on YouTube. He’s a guy called Tony Curran, who really could not look more like [him].

“He’s a wonderful actor who was in this brilliant movie called Red Road that came out, a rather serious movie. But he’s going to be great. I’ve had a lot of fun. We start to shoot in about a month.” [Digital Spy]

Peter Capaldi on the Late Late Show with Craig Ferguson

Peter Capaldi appeared with Craig last week to promote In the Loop. Peter and Craig were in a band together when they were younger, and they’re both so cute in the interview. The interview is posted below:

Check out Ewan’s interview from Friday:

The folks over at Collider got the poster for The Electric Slide from the American Film Market (AFM). AFM is “the place where buyers and sellers do business to bring you the films you’ll hopefully be seeing in the near future, AFM has tons of artwork and synopses which are used to promote films…” The poster featuring Ewan McGregor and the official synopsis are below: 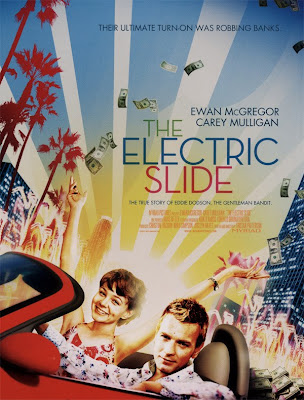 Based on the article “The Yankee Bandit: The Life and Times of Eddie Dodson, World’s Greatest Bank Robber”, written by Timothy Ford and published by GEAR Magazine, THE ELECTRICE SLIDE tells the true story of suave hipster and celebrity-magnet Eddie Dodson, who in 1980s Los Angeles owned and ran one of the city’s most stylish art deco furniture stores. Celebrities flocked to buy the latest pieces and Eddie was living the high life along with the Hollywood elite.

But when Eddie met cool and unimpressed Jenny, he decided to do the most outrageous thing he could think of to win her attention – he robbed a bank. Eddie discovered in himself the uncanny ability to charm pretty bank tellers into emptying their drawers of cash and getting away with it. And Jenny discovered that a boyfriend who robbed banks was about as hot as it got.

Over a period of months, Eddie and Jenny robbed over 70 banks in the Los Angeles area, often narrowly escaping the increasingly frustrated FBI. When the authorities interviewed the tellers who had been robbed, each of the described Eddie “like a movie star, the most charming man they had ever met.” The media, jumping on the story, dubbed him “The Gentleman Bandit.” But Eddie’s criminal lucky streak would not last forever as the FBI closed in and angry loan sharks with unpaid debts threatened his life.

David Tennant is in the official trailer which you can watch below. The film opens on December 18 in the UK: