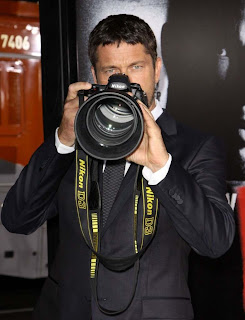 Gerard did an interview over at Film School Rejects as part of the Law Abiding Citizen press tour. The highlight of the interview was Gerry’s revelation that his production company, Evil Twins is working an a new project:

And what is Evil Twins working on now?

There’s a few different projects that we’ve been working on, but there’s one in particular – it’s a movie called Slide about a former baseball player who goes back to try and patch things up with his child and estranged wife and ends up coaching the kid’s baseball team. He becomes the subject of fascination and longed by every bored house wife in the town. And it’s him trying to survive that while trying to patch things up with his kid. I think we’re going to have GM direct the movie. Hopefully. We’re in talks with him, and he’s very much up for directing it so we’ll what happens there.

Gerard is one of the winners in the Hollywood Film Festival. He had the highest percentage of votes at 25%.

Ewan McGregor was at the 13th Annual Hollywood Gala Awards last week at the Beverly Hilton. He was there to support his Amelia co-star Hilary Swank and there are photos of them at the event here:

There’s a brand new interview with Ewan to promote The Men Who Stare at Goats which you can watch below:

Go here for details on how to get tickets.

Seth Rogen: Yes. We’ve been calling it ‘I’m with Cancer’; that’s what it is in my head. It’s a friend of ours, Will Riser, who we met while working on the LEG show who’s my age. He got cancer and beat it luckily and wrote a movie pretty much chronicling his experience. And James McAvoy will be playing him in the movie. And I’ll pretty much be playing me, who was his useless friend throughout the process. And we start filming next year. [MovieWeb] 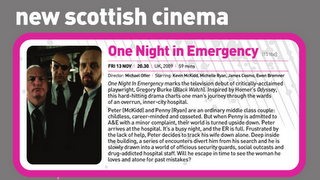 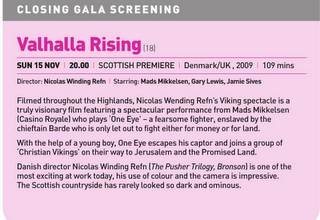 London’s Evening Standard announced that David Tennant was nominated for Best Actor for his role in Hamlet. The winners of the 2009 Theatre Awards will be announced on November 23 at the Royal Opera House. Go here for a look at the full list of nominees.

The Waters of Mars will air in the UK on Sunday, November 15 at 7pm on BBC One.

The Waters of Mars and the two-part finale will debut on DVD and Blu-ray on Tuesday, February 2, 2010.

David also did a lot of interviews over the weekend to promote The Waters of Mars, one of which you can watch below:

The new teaser poster for Gerard Butler’s and Craig Ferguson’s upcoming animated film, How to Train Your Dragon is posted above.

Gerard Butler read aloud from Craig Ferguson’s new memoir American on Purpose on the set of The Late Late Show a few weeks ago. The photos are here: 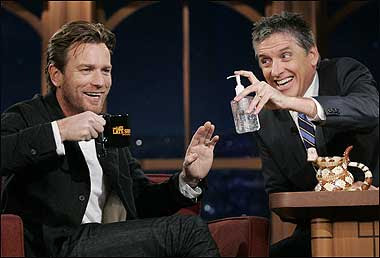 The Sun is reporting (thanks so much to Chamuel for pointing this out) that Ewan McGregor made an appearance on the Late Late Show with Craig Ferguson – photos of the show are included. The taping is reportedly set to air on November 6. Ewan was still scheduled to appear on The Tonight Show with Conan O’Brien on NBC on November 2. 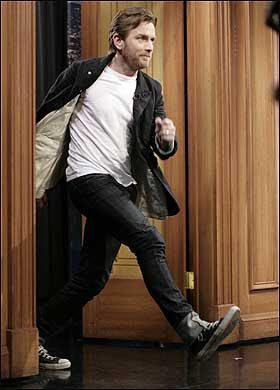