This Week in SEAN - Henry, Craig, John, David and Gerard

This week in SEAN, Saba has the latest on Henry Ian Cusick’s Darwin film, video of Craig Ferguson on chat shows as a guest, John Barrowman and David Tennant’s latest projects and another clip from another new Gerard Butler film.

I got an e-mail from a NOVA representative about the upcoming film, so I’ll pass on the information to you.

A NOVA Drama
In this Q&A, Paula Apsell, Senior Executive Producer of NOVA explains why she wanted to bring Darwin to life through a scripted drama, and the importance of keeping the topic of evolution in the spotlight.

Explore the Galapagos
Of all places on Earth, this island chain may be the most important to our understanding of evolution. On this interactive map, tour the Galapagos and get a sense of their signature wildlife species and geology through video, audio, and panoramic images. Also, learn how visiting the islands inspired Darwin’s thinking.

Parallel Lives
In this article, Sean Carroll, one of the luminaries of evolutionary science today, reflects on the parallel discoveries Darwin and Wallace made on each man’s road to understanding evolution’s primary mechanism, natural selection.

The Scriptwriter’s Story: Capturing Darwin’s Dilemma
In this interview, scriptwriter John Goldsmith discusses how the dialogue, characters, and events of the drama relate to the historical record, and the extraordinary research he did to get the details right.

The Actor’s Story: Being Charles Darwin
Henry Ian Cusick, widely known as Desmond Hume in the hit series “Lost,” relished his chance to take on the role of a very different character. He knew little about Darwin at the outset of the project, and stepping into Darwin’s shoes changed Cusick’s views about the man and evolution in general.

Watch the Program
Beginning the day after “Darwin’s Darkest Hour” premieres on television, you can view the entire program online at anytime.

Craig Ferguson on The View and Letterman

Craig made an appearance on The View last week to promote his new autobiography, American on Purpose, which went on sale last Tuesday. He was also on Late Night with David Letterman on Friday. The interviews are below: 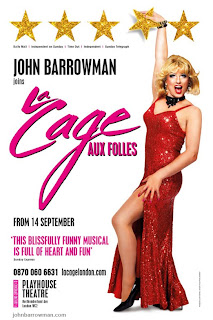 John Barrowman is set to play Robin Hood in a Christmas pantomime at the New Theatre in Cardiff in an attempt to save the New Theatre from closure. The pantomime will be performed twice a day (72 times) during the holiday season.

“Our basic problem is lack of income. People are not going there.”

You can listen to John’s interview with The Stage‘s Alistair Smith, and he talks about his role in La Cage aux Folles and more.

Check out the trailer of Glorious 39, out on November 20 in the UK:

Posted below are new photos of David Tennant in The Sarah Jane Adventures. He will appear in a two part episode entitled The Wedding of Sarah Jane Smith, which airs on Thursday, October 29 and Friday, October 30 on BBC 1. 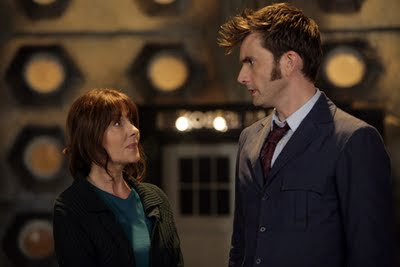 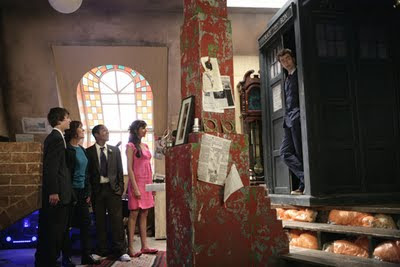 Also, don’t forget that all votes for the National Television Awards must be in by September 30. David and John Barrowman are nominated in the Best Drama Performance category.