This week in SEAN, Saba has the latest on Robert Carlyle and James McAvoy’s new films, David Tennant’s new TV show, clips from Martin Compston’s new thriller, photos of Ewan McGregor and Ewen Bremner together again in Glasgow and an interview with Craig Ferguson about his new book “American on Purpose” which is out today.

The Tournament will open this year’s Screamfest at Grauman’s Theater on October 16. The 9th annual festival will take place from October 16 to October 25 at the Mann Chinese Theaters in Hollywood, California. For more information call the Screamfest Horror Film Festival at 310-358-3273 or visit www.screamfestla.com to order tickets. 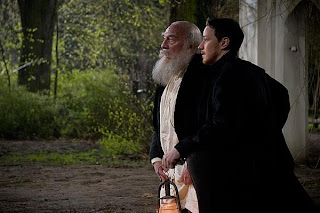 AFI Fest has announced its official selections which includes James McAvoy’s The Last Station. The festival will also have a “See a Film on Us” initiative that includes free tickets to all the films it presents including a few for the gala presentations.

The films will be screened at the Chinese Theater and Hollywood Roosevelt Hotel from October 30 to November 5 and will then move to Santa Monica for the last two days of screenings.

“These first dozen titles offer a wonderful preview to our lineup which is a survey of the year’s significant films,” said festival artistic director Rose Kuo “They represent a diversity of voices and we take great pride in being able to bring them to Los Angeles audiences for the first time.” [Variety] 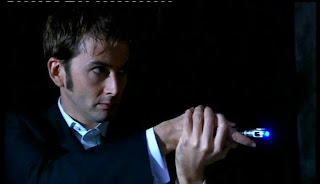 David Tennant’s episode of The Sarah Jane Adventures, entitled The Wedding of Sarah Jane Smith will be aired on Thursday, October 29 and Friday, October 30 on BBC 1. The Waters of Mars, his upcoming Doctor Who Special is scheduled to air on BBC 1 sometime in November.

You can also check out a review (beware of the spoilers) of his new film Glorious 39 which premiered at TIFF  last week.

First look: Martin Compston in The Disappearance of Alice Creed 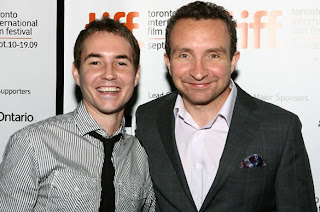 First, you can head on over to Movieline for two new clips from the film. The Disappearance of Alice Creed has already been bought for some international distribution at TIFF, but has not yet secured domestic rights.

One of those pleasant gems you hope to stumble upon at any film festival, The Disappearance of Alice Creed is a wonderfully entertaining little thriller from British screenwriter and first-time director, J Blakeson. Set almost entirely in an enclosed apartment, Blakeson’s story takes a simple premise — “So you’ve kidnapped a beautiful heiress. Now what?” — and wrings out of it a darkly humorous and utterly unpredictable tale of greed gone wrong, with shades of Rope, Shallow Grave and Deathtrap. The titular heiress is played by Quantum of Solace star Gemma Arterton, who squeezed in this film between her two upcoming blockbusters, Prince of Persia and Clash of the Titans. Rounding out the triangle are the two kidnappers, the elder and more volatile man played by Eddie Marsan — star of Mike Leigh’s Vera Drake and Happy-Go-Lucky and Will Smith’s super-nemesis in Hancock — and the younger played by Martin Compston, a Scottish actor discovered by Ken Loach (who gave him the lead in Sweet Sixteen). Both are superb in their roles. Movieline spoke to Marsan and Compston this morning at TIFF, for what it turns out was their first official interview in support of the film.

There’s a fair bit of nudity required of everyone in Alice Creed. How did you feel about that?

COMPSTON: You never feel really comfortable being naked among strangers, but it was nothing compared with everything Gemma went through, so you just think, well, get on with it. The one scene that sort of freaked me out had a [full frontal shot], but it was quick and you couldn’t really see it. But one of our producers said, just wait until the DVD comes out and people press pause!

You can go here for the rest of the interview.

The film has also been an official selection at the London Film Festival, the official screening dates are: 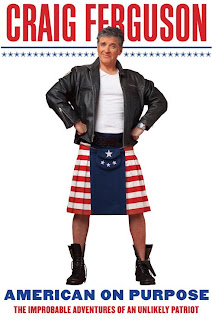 Craig talked to USA Today to promote his new memoir, American on Purpose, which debuts today:

1. You’ve been sober for nearly 18 years. Why did you write this memoir now?

When I spoke at the White House Correspondents Dinner (January 2008), it felt like a punctuation mark. I took an inventory of my life, and it seemed like the right time to take a crack at it (see video below).

2. How did your fellow Scotsmen react when you became an American citizen?

The ones I talked to had no problem. Being an American doesn’t make me any less Scottish.

3. After you dropped out of school at 16, you were a drummer in a punk rock band. What was that like?

It was a wild time. It involved a lot of drinking and fighting, but I’m not sure if I was being a punk rocker or just Scottish.

4. You’ve had a lot of different jobs — milkman, construction worker, stand-up comic. If the hosting gig didn’t work out, what would you be?

I was happiest as a construction worker. The hours are long, the work is hard, but at the end of the day, you feel like you’ve done something.

I have to say Betty White. It’s always a pleasure to have her. And Drew Carey. We’ve been friends a long time, and it’s so easy when you know someone.

Craig also did an interview for the September 28 issue of People magazine. Someone was cool enough to post scans of the article, which you can see here.

Sweet on Sigma Films points us to more photos of Ewan on the Glasgow set along with a few of his Trainspotting co-star, Scottish actor Ewen Bremner. You can view them all here.

Pre-sales of The Last Word have also been completed. The film has been sold to South Korea (Entremode), Benelux (Wild Bunch), and Greece (Seven Films). No word yet on UK or North American distribution.

Don’t forget that Craig Ferguson will be a guest on The View on today on ABC. His appearance on the Late Show with David Letterman has been moved up a day to Thursday, September 24.

 Share this article:  Facebook  Twitter
The Proclaimers On Their Way Down Under By Shiner
Vic Galloway’s Pick of This Week’s Scottish Gigs Abroad By Vic Galloway